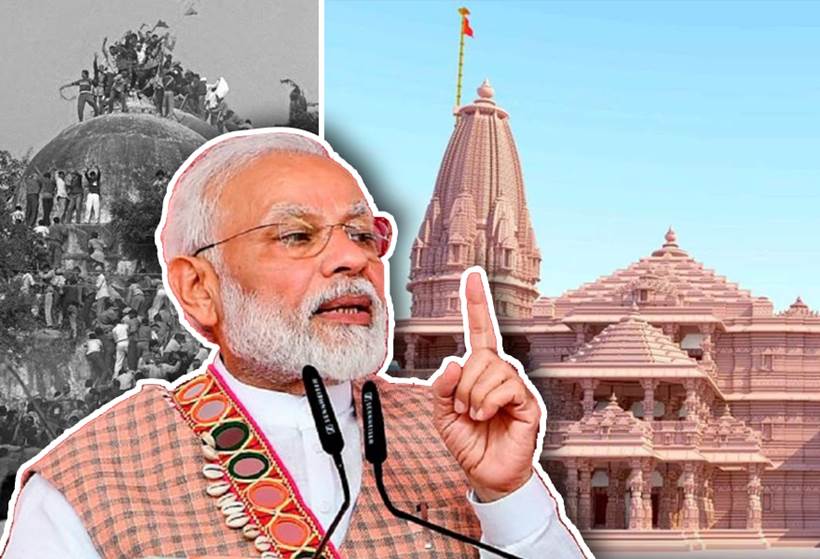 On Wednesday, the Hindu ultra nationalist Indian leader, Narendra Modi, will attend a groundbreaking ceremony in Ayodhya. The event culminates a decades-long campaign to build a temple on the site of a historic mosque destroyed by mobs in 1992.

The temple is being built in place of a Mughal-era mosque, which was demolished by a right-wing Hindu mob in 1992, triggering nationwide religious riots in which more than 2,000 people, most of them Muslims, were killed.

India’s governing Hindu nationalist Bharatiya Janata Party (BJP) rose to national prominence on the back of the temple movement launched in the 1980s.

Construction of a temple honouring the Hindu deity, Lord Rama, who many Hindu nationalists believe was born at the site, has since been a key goal of the party and its supporters.

On Wednesday, Modi will lay a 40kg silver brick at the site, culminating a decades-long legal wrangle over the fate of the former Babri mosque site. The occasion, which will be broadcast live on Indian television, will also be marked with Vedic prayers.

The date, August 5th, also marks the first anniversary of another Modi accomplishment, long pined for by Hindu nationalists: The annexation of India-administered Kashmir.

Approval for the construction of the temple came from the Indian Supreme Court in 2019, which offered Muslims an alternate site within Ayodhya for the reconstruction of the destroyed mosque but no plans for one are currently in place.

The 2019 verdict was a reversal of an earlier 2010 court decision, which split the land of the mosque between Hindus and Muslims.

Last November, a decades-old protracted legal battle between the Hindu and Muslim parties ended with the Supreme Court awarding the contested site to Hindu petitioners, handing the BJP a victory to drive home its Hindu nationalist agenda.

The court asked the government to provide Muslims land at a “prominent site” within Ayodhya city limits to build a mosque.

Many Hindus hold Ayodhya to be the birthplace of the Lord Rama (also known as Ram) but the degree to which the modern Ayodhya corresponds to the Ayodhya of Hindu legend is subject to academic scrutiny and debate among Hindus themselves.

Nepal’s Prime Minister Khadga Prasad Sharma Oli, for example, has accused India of ‘cultural encroachment’ for insisting on its claim that Lord Rama was born in Indian Ayodhya, instead positing that the site is actually in modern Nepal.

“We still believe that we gave Sita to Indian Prince Ram. But we gave to the prince from Ayodhya, not India. Ayodhya is a village a little west of Birgunj, not the Ayodhya created now,” Oli is reported to have said last month.

According to the late Indian historian, Sarvepalli Gopal, human settlement in modern Ayodhya can only be traced back 2,800 years ago, whereas the legends of Lord Rama have their roots in Hindu legends several millennia further back in history, around 5,000 years ago.

Even if modern Ayodhya is accepted to be the same as the Ayodhya of legend, there is no conclusive architectural evidence to support the claim that the site of the former Babri mosque, was previously the site of a Hindu temple.

Nevertheless, after the British Empire’s rule in the subcontinent drew to a close, Hindu nationalists increasingly identified the site of the mosque with the site of the original Lord Rama temple and birth site.

The construction of the temple on the site of the Babri mosque is one success among many for Hindu Nationalists.

Under the BJP, India has witnessed a shift away from the secular order it has had since independence in 1947, taking on a character more grounded in the idea of regimented Hinduism held by the right-wing.

To that end, it has broken the decades-old status quo in the Muslim-majority and Indian-administered Himalayan region of Kashmir, stripping it of nominal autonomy and revoking its constitutional protections.

The move paved the way for settlement of the region by ordinary Indian citizens, a development that could shift the demographics of the disputed area.

BJP politicians also have plans for a widespread rollout of the National Register of Citizens (NRC), which has seen millions of people, disproportionately Muslim, lose their Indian nationality, on the basis that they are, or descended from, people who illegally migrated from neighbouring countries.

A separate citizenship amendment law, allows those of non-Muslim faiths who lose their citizenship, a route back to getting it restored, and grants citizenship to refugees except those who are Muslim.

These official policies have come coupled with rising street violence against Muslims. In February, pogroms in the Indian capital, New Delhi, left 53 people dead, the majority of whom were Muslims.

Cases of so-called cow vigilantism have also been on the rise, as Hindu mobs target Muslims they accuse of killing and eating the animal, which is considered sacred in Hinduism.

The Vishwa Hindu Parishad, an affiliate of the Rashtriya Swayamsevak Sangh (RSS), the parent body of the BJP, has led the movement for the Ram temple since 1984.

The trust formed to oversee the construction of the temple is composed mainly of functionaries from the VHP and the RSS, which has propounded supremacy of Hindus in India.

At the moment though, the VHP has refrained from taking a clear stand on whether similar campaigns will be launched in the future.

“Right now, we are focussed on building a grand Ram temple after 500 years of struggle. Once that is over, our religious leaders and seers will decide what to do about other such places,” VHP’s regional spokesman Sharad Sharma told media. 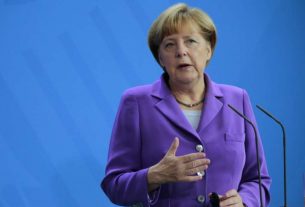 TALIBAN GOT MUCH SUPPORT, NOW IT WILL BE NECESSARY TO NEGOTIATE WITH THEM – MERKEL 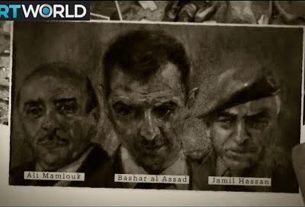 A BUTCHER BY ANY OTHER NAME: THE HUNT FOR SYRIA’S WAR CRIMINALS – FOCAL POINT