A robot that can dive deep into the water to find buried planes and shipwrecks has been developed by scientists at Stanford University in California. OceanOneK, a humanoid that can be operated remotely, responds to the operator, known as a “virtual diver,” giving them the feeling that they are exploring the ocean below. 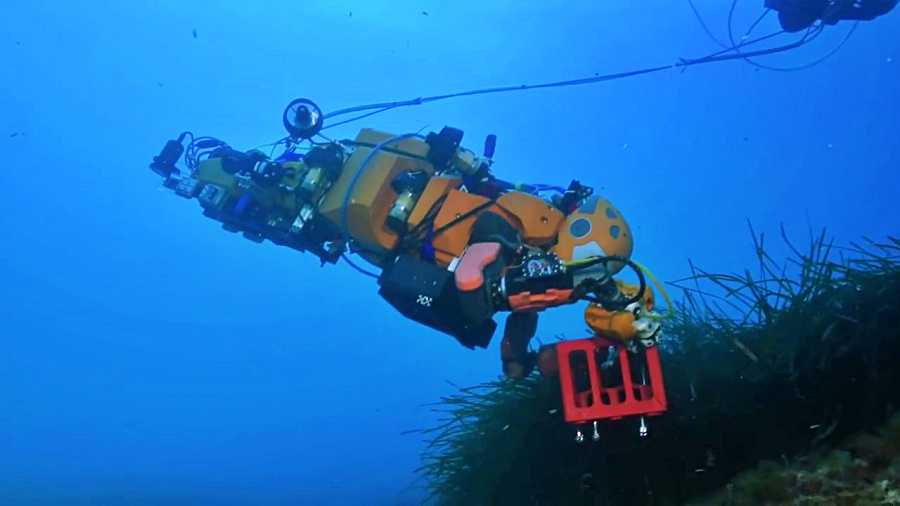 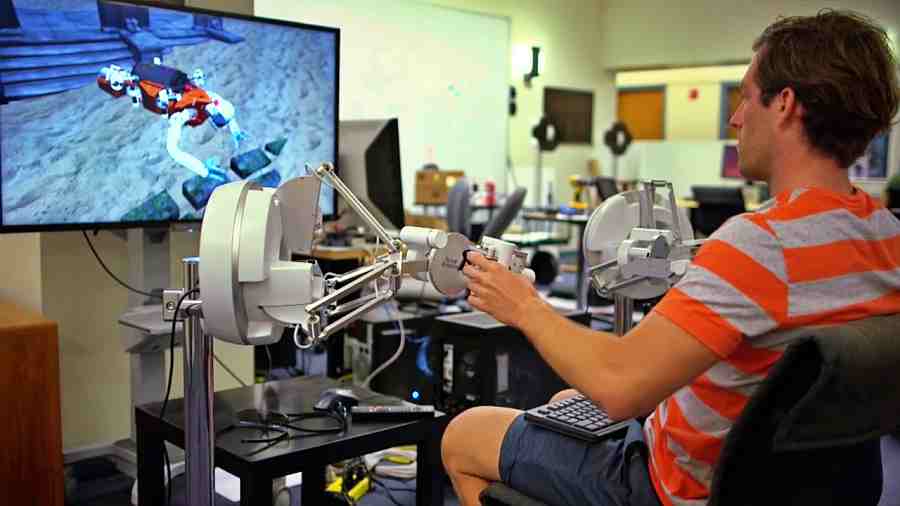 The machine is ideal for exploring the deep water since it includes anthropomorphic hands, sensors, and limbs.

The agile arms and hands of the robot allow it to maneuver through challenging maritime settings while giving the operator accurate feedback. It has two eyes for stereoscopic vision. Its eight multidirectional thrusters and computer equipment enable it to delicately maneuver through the wrecks of delicate sunken ships. 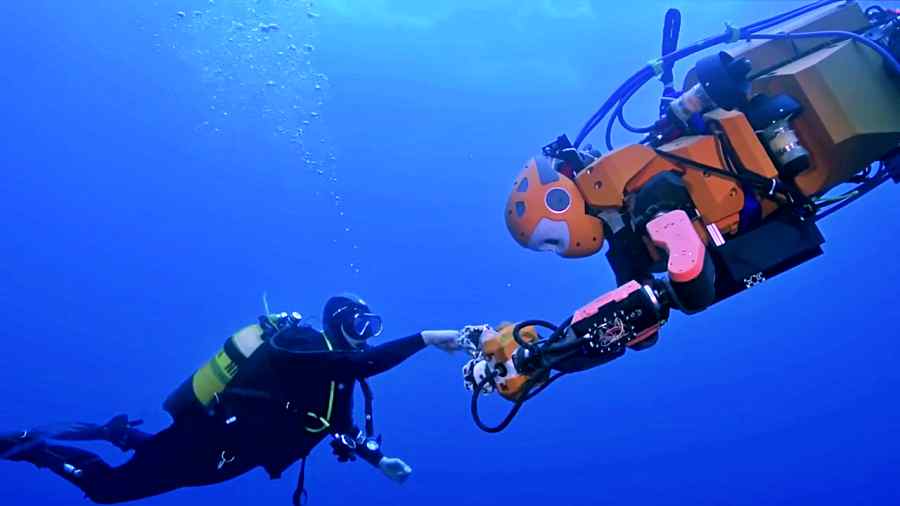 As it has force sensors in each wrist, the pilots can get a feel of the weight of any object whenever OceanOne is holding one. This feature is called haptic feedback.

The robot’s intelligence is furnished by the merbot’s “brain”, which has tactile pressure sensors that can prevent it from crushing anything in its grasp.

The merbot’s batteries are contained in its tail, along with computers and a set of underwater thrusters. Pairing that with its navigation system, it can keep itself steady even in turbulent waters. 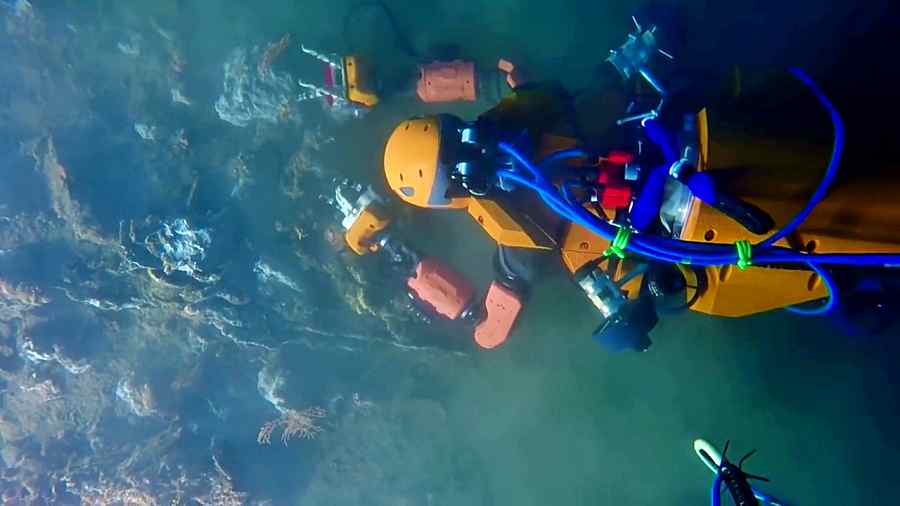 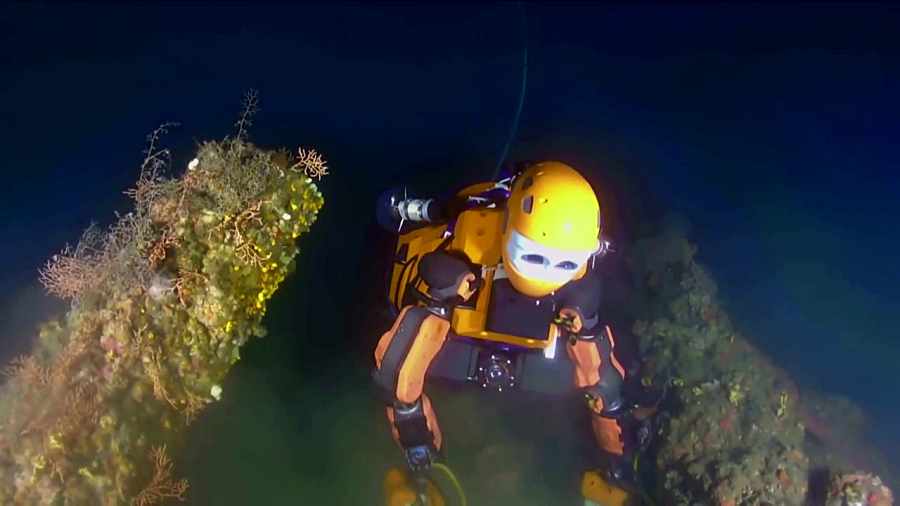 Scientists claim that OceanOne’s nimbleness is one of its impressive features that surpasses the recently deceased deep-ocean diving robot Nereus. They say that the humanoid can provide help in more dangerous sea environments, such as the Fukushima Daichi nuclear reactor site.

According to CNN, Stanford University roboticist Oussama Khatib and his students recently teamed up with deep-sea archaeologists and began sending the robot on dives in September last year. The team just finished another underwater expedition in July. 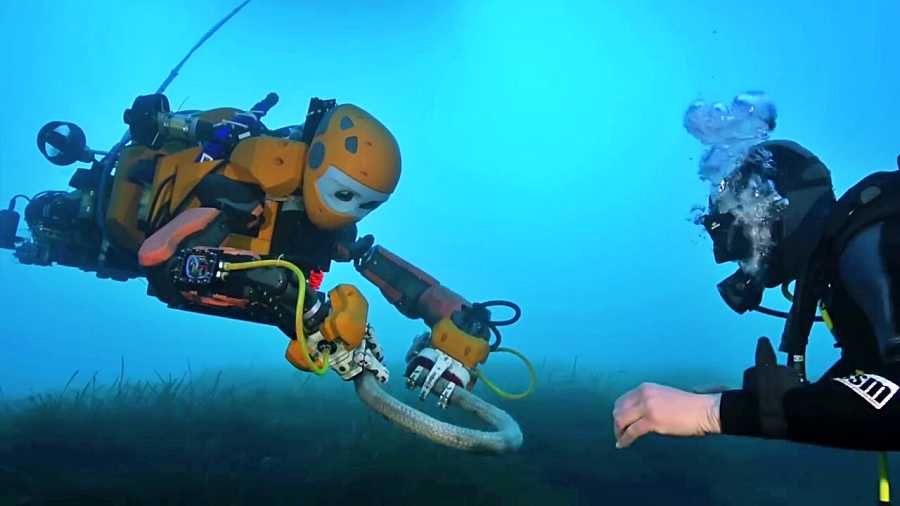 “You are moving very close to this amazing structure, and something incredible happens when you touch it: You actually feel it,” said Khatib, the Weichai Professor in Stanford’s School of Engineering and director of the Stanford Robotics Lab, was quoted as saying.

“I’d never experienced anything like that in my life. I can say I’m the one who touched the Crispi at 500 (metres). And I did. I touched it, I felt it.”

Researchers believe OceanOneK ushers in a new era of deep sea exploration where robots undertake missions that are too risky for people and enable us view the oceans from an entirely new perspective. 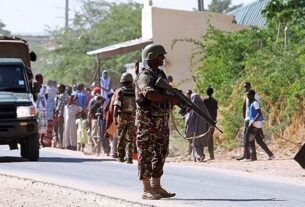 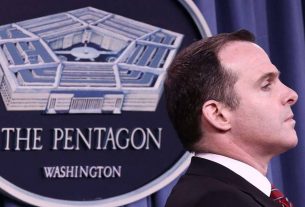 MAN SETS HIMSELF ON FIRE IN CAIRO’S TAHRIR SQUARE