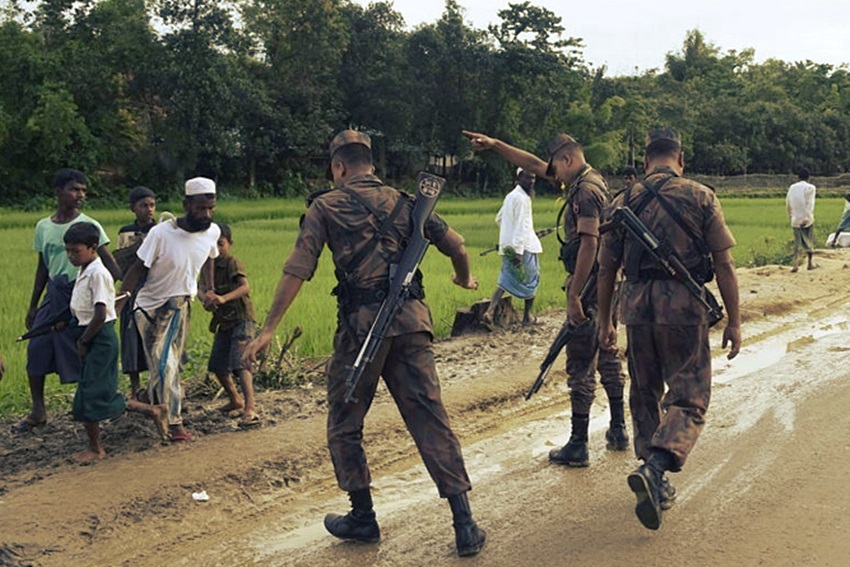 DHAKA, Bangladesh (AA) – Rohingya rights groups have denounced the recent court-martial of three Myanmar army officers as “a miscarriage of justice” and another of the country’s “sham attempts” to mislead the international community.

The three officers were convicted on June 29 for the 2017 massacre of Rohingya people in the Gu Dar Pyin village of Rakhine state’s Buthidaung township, where five mass graves were previously uncovered.

The UK-based Arakan Rohingya National Organization (ARNO) rejected the ruling, saying the secrecy of the trial negates the essential requirement of transparency and impartiality.

“No details were provided on the perpetrators, their crimes or sentences, keeping the people in the dark. This secret trial without transparency is a complete miscarriage of justice,” read a statement issued on Friday.

The group reiterated its demand for “a transparent and impartial probe into the crimes against Rohingya in Myanmar by a competent international independent commission.”

Referring to a similar trial in March 2018, the rights body said: “All these were sham attempts […] aimed at reducing international pressure and to divert the world’s attention away from the Rohingya genocide. We cannot expect justice from the perpetrators.”

In the 2018 trial by court-martial, four Myanmar army officers and three soldiers were sentenced to 10 years in prison for killing 10 Rohingya men in the Inn Din village of Rakhine in 2017.

“But the perpetrators were released in less than one year [November 2018], whereas the two Reuters journalists who exposed the massacre were detained for more than 16 months before they were pardoned, following global outcry,” the statement added.

Rights activists have long maintained that the Rohingya community will never get justice from Myanmar’s justice system under the Aung San Suu Kyi administration.

“We can’t trust Myanmar’s judicial system because it has no independent jurisdiction. According to the 2008 constitution, Myanmar’s military courts and army chief have supreme power,” Ambia Perveen, vice chairperson of the European Rohingya Council, told Anadolu Agency.

She said the country’s civil courts have no authority over the military tribunals, and the army chief’s verdict is the final word in Myanmar.

“The army chief also has the right to pardon any soldier who has committed crimes against civilians,” she added.

Khin Maung, coordinator of the Free Rohingya Coalition (FRC), said it was foolish to expect justice from Myanmar’s military.

“If the thief becomes the judge, how can there be justice? We are only hopeful for justice from the top UN court — we have lost all trust in Myanmar’s judicial systems,” he said.

Maung was referring to the Rohingya genocide case being heard by the International Court of Justice (ICJ), which was filed by the African state of Gambia on behalf of the Organization of Islamic Cooperation.

Maung Zarni, co-founder of FRC and rights network Forces for Renewal of Southeast Asia, stressed that Myanmar’s military had never held its personnel accountable for any excesses.

“The military has no tradition of prosecuting its rank and file for killing, torturing, maiming, slaughtering, and destroying colonized local communities in so-called operation zones,” he said.

“Burmese officers are more likely to be punished for extramarital affairs than for slaughtering or raping scores of Rohingyas, Shans, or Kachins.”

He said the military trial of army officers was just to give an illusion of a “functional justice system” for the ICJ.

“The court-martial was carried out to create a bullet point in Myanmar’s report to the ICJ that there is a functional domestic justice system in the country,” said Zarni.

“They want the ICJ to give Myanmar’s civilian and military judicial processes a chance, as demanded by Aung San Suu Kyi in her genocide denial speech last year.”

The Rohingya, described by the UN as the world’s most persecuted people, have faced heightened fears of attack since dozens were killed in communal violence in 2012.

According to Amnesty International, more than 750,000 Rohingya refugees, mostly women and children, fled Myanmar and crossed into neighboring Bangladesh after Myanmar forces launched a brutal crackdown in August 2017.

Since then, nearly 24,000 Rohingya Muslims have been killed by Myanmar’s state forces, according to a report by the Ontario International Development Agency (OIDA).

More than 34,000 Rohingya were also thrown into fires, while over 114,000 others were beaten, said the OIDA report, titled Forced Migration of Rohingya: The Untold Experience.

As many as 18,000 Rohingya women and girls were raped by Myanmar’s army and police, while over 115,000 Rohingya homes were burned down and 113,000 others vandalized, it added. 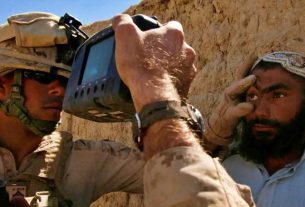 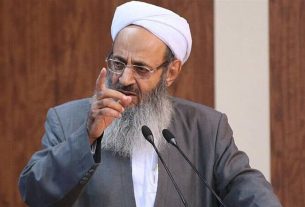