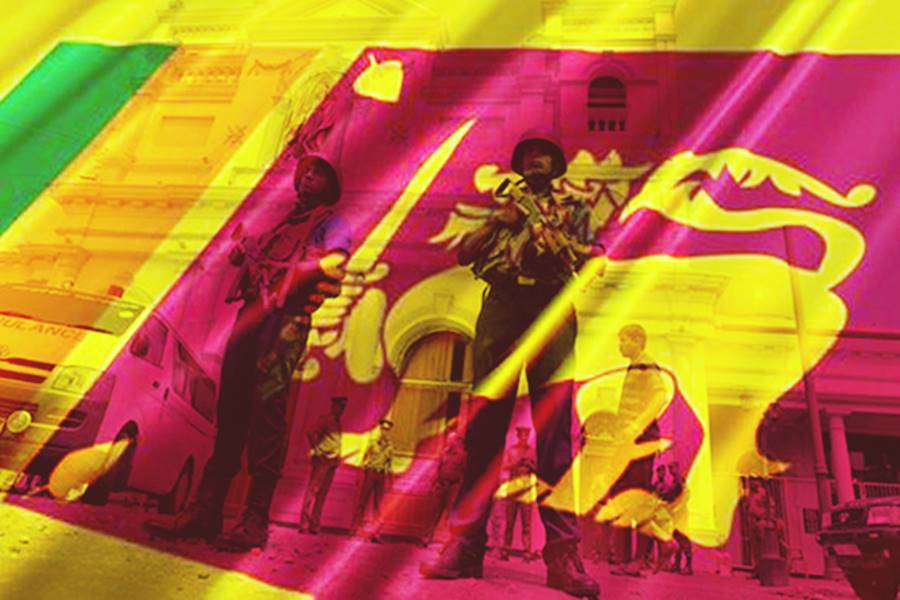 On March 13, Sarath Weerasekara, Sri Lanka’s minister of public security, announced that the government will ban wearing of the burqa and close more than 1,000 Islamic schools in the country. The minister was quoted as saying that “the burqa” was a “sign of religious extremism” and has a “direct impact on national security”.

The news was picked up internationally and resulted in several statements by human rights organisations and the UN special rapporteur on freedom of religion or belief, Ahmed Shaheed, as well as from Pakistan’s ambassador to Sri Lanka. Three days later the government stepped back from Weerasekera’s statement. Cabinet spokesman Keheliya Rambukwella announced that the decision “requires time” and a consultative process.

The burqa ban announcement caused a stir among Muslims, who saw it as yet another attack on their community. In the past few months, the government has undertaken a number of controversial measures under the banner of fighting extremism, which have increasingly intimidated the Muslim population and disregarded rule of law principles.

Since it gained independence from the British in 1948, Sri Lanka has witnessed tumultuous relations between the Sinhala Buddhist majority, which makes up about 70 percent of the population and the Hindu and Christian Tamil minority, which accounts for roughly 12 percent. During the war between the military forces and the Liberation Tigers of Tamil Eelam (LTTE), other minorities, like the Muslims, who make up around nine percent of the population, were targeted less frequently by ultra-nationalist Sinhalese groups.

After the end of the civil war in 2009, an anti-Muslim movement initiated by the Bodu Bala Sena (BBS), with the monk Galabod Aththe Gnanasara at the helm, began to emerge. The BBS is an activist group led by Buddhist monks which mobilised around what they described as the threat posed by the “social separatism” of “extremist Muslims”. Their definition of extremism, however, seems to encompass the majority of Muslims’ everyday practices.

The BBS’s large public rallies and their strident social media campaigns normalised hate speech and everyday low-intensity harassment of Muslims across the country. Incitement by the BBS and the cultivation of anti-Muslim sentiment over the post-war years also led to violent attacks against small Muslim communities in 2014, 2017 and 2018. The BBS also aligned itself with similar groups in Myanmar.

Following these incidents, the local authorities did not take serious action against BBS and other similar groups and in some cases blamed Muslims for the violence.

In 2019, anti-Muslim hatred escalated further after eight suicide bombers pledging allegiance to the Islamic State detonated themselves at churches, hotels and other locations across the country on Easter Sunday. There was evidence of the failure to pursue available intelligence by the security establishment and negligence on the part of the political leadership. However, the media coverage of the event and government policy discussion in the aftermath primarily targeted the country’s Muslim population.

Experts rarely referenced the role of the anti-Muslim movement in radicalising local Muslims. In May, there were violent retaliatory attacks against Muslim communities in the northwest.

The government response to the attack was to embrace the anti-Muslim language of the BBS and initiate sweeping arrests of suspected followers of the group responsible for the bombings.

FOR SRI LANKA’S MUSLIMS, THE EASTER BOMBING ANNIVERSARY MARKS A YEAR OF SCAPEGOATING AND PERSECUTION

Since then, several prominent Muslims have also been arbitrarily targeted by the government, with little or no evidence produced of their wrongdoing. In April 2020, the police arrested Hejaaz Hisbullah, an activist lawyer, on suspicion of aiding the attackers. Then in May 2020, Ahnaf Jazeem, a young Muslim poet, was also detained under the same pretext. Recently, the former leader of the Jamati Islami, Hajjul Akbar was arrested and detained for a second time, again without charges being filed.

In the aftermath of the Easter Sunday attacks, a parliamentary sectoral oversight committee on national security was set up to put together proposals for terrorism prevention measures. It has made recommendations in 14 areas, many of which curb the religious rights of the Muslim minority.

The burqa ban and the closing of Islamic schools stem from these recommendations, as do several other measures recently taken. In early March, the government declared that all Islamic books imported into the country will need defence ministry approval. Several days later, it gazetted a set of regulations ominously sub-titled “Deradicalisation from holding violent extremist religious ideology” under the Prevention of Terrorism Act. The regulations give it powers to arrest and forward persons to a rehabilitation centre to be “deradicalised” for one year on suspicion without requiring any additional process.

Apart from the above, the government has sought other ways to intimidate the country’s Muslims. When the COVID-19 pandemic spread to Sri Lanka in the spring of 2020, it imposed a mandatory cremation policy for the COVID-19 dead and refused to allow Muslims to bury their dead, in accordance with their religion.

Muslims’ call for the burial option on religious grounds was written and talked about as “tribal” and “backward” and as reprehensible behaviour in the middle of a public health emergency. Despite condemnations at home and abroad and guidelines by the World Health Organization emphasising the safety of burials, the government maintained its position for nearly a year. Burial was permitted only recently under international pressure.

Demonising Muslims as a political strategy

Political elites in Sri Lanka have consistently demonised minorities and incited ethno-religious animosity to win elections. After the end of the war in 2009, when victory over the Tamil Tigers was glorified by the government, enmity against all other minorities and especially the Muslims was cultivated with renewed vigour.

The Rajapaksa family, which has dominated the political scene in Sri Lanka since 2005, was complicit in this cultivation until their electoral defeat in the 2015 elections. During their political campaigning after 2015, the Rajapaksas’ new party, the Sri Lanka Podujana Peramuna (SLPP), took on a Sinhala supremacist position, accommodating activist monks and anti-Muslim movement stalwarts.

Rhetoric regarding Muslim business prowess as challenging the ascendence of Sinhala entrepreneurs, Muslims conspiring to upend the majority status of Sinhalese or constituting a terrorist threat was widely used.

In October 2018, the Rajapaksas suffered a significant setback. Former president and then MP Mahinda Rajapaksa, in collusion with President Maithripala Sirisena staged a coup to take control of the government. They were defeated when the Supreme Court threw out their claim to legitimacy and the Rajapaksa brand suffered some damage as a result.

The 2019 bombings energised the Rajapaksas’ familial politics and helped them overcome the momentary unpopularity they were struggling with.  The Rajapaksas attempted to leverage the bombings to their political advantage in the immediate aftermath.  They accused the ruling regime of concentrating on reconciliation with minorities and neglecting security. When several months later, Gotabaya Rajapaksa, the brother of Mahinda Rajapaksa, was nominated as the SLPP’s presidential candidate, he declared in his platform: “My main task would be to ensure that our motherland which is once again under threat from terrorist and extremist elements is safe and protected.”

Using anti-minority and pro-security rhetoric in his campaign, Rajapaksa won the presidential election by a high percentage of Sinhala Buddhist votes and appointed his brother, Mahinda, the former president as prime minister. Since then, at every opportunity, the president has reiterated his commitment to this majority and outlined his actions to combat Islamic extremism, and the government has pressed forward with anti-Muslim policies.

In this context, the recent flurry of anti-Muslim government activity, including the burqa ban, serve not only to mitigate the fallout from the shift in position on COVID-19 burials, but also to distract from the Rajapaksa administration’s ongoing failures. The cabinet is facing anger over a vast tax scam, mounting opposition to its permission of deforestation, and growing public anxiety over the economic downturn. It is likely that anti-Muslim activities will increase if their popularity continues to decline.

But the anti-Muslim policies of the government may be backfiring. In March, it suffered a defeat at the UN Human Rights Council (UNHRC), which passed a resolution empowering the UN High Commissioner for Human Rights to collect and preserve information and evidence of war crimes committed during the civil war. The motion went through mainly because of the loss of support for the government from some Muslim-majority countries, who abstained from voting. The resolution included reference to the government’s treatment of Muslims in its COVID-19 response and the continued marginalisation of minorities.

WHAT THE UNHRC RESOLUTION MEANS FOR SRI LANKA

The current government’s inability to mobilise its constituency around anything other than ethno-religious animosity is a legacy of Sri Lanka’s post-independence politics that looks set to continue in the long term. The UNHRC resolution was a welcome development. However, the future outlook for minorities in the country remains bleak. Ten years after a devastating war the Sri Lankan polity shows little evidence of having learnt from its past. 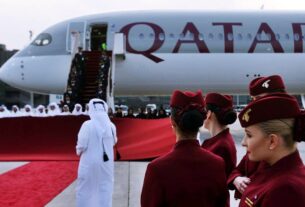 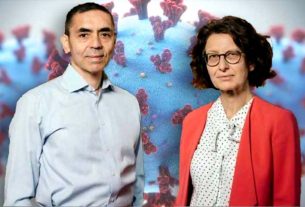 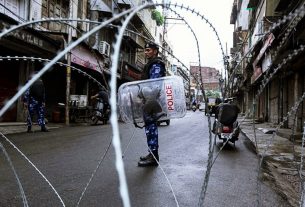