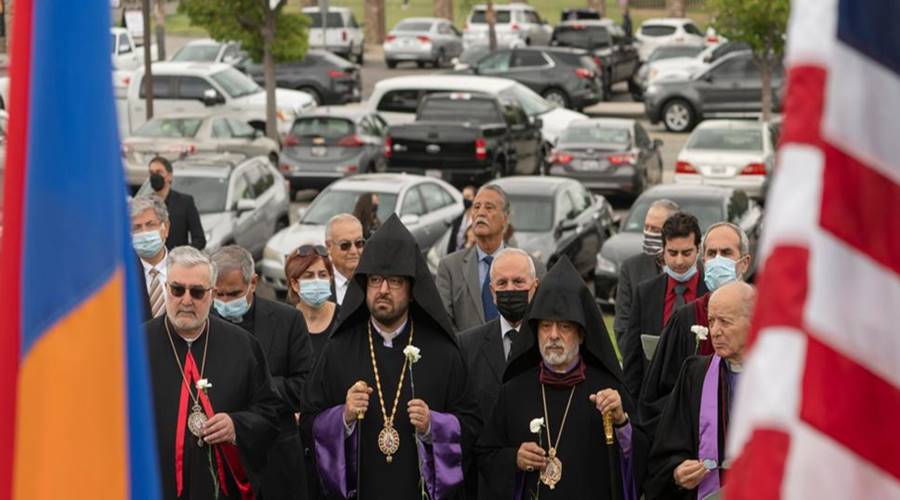 The US is using the tragic events of 1915 as a political tool to bludgeon an ally who is not willing to blindly fall in line with its diktats.

The United States of America, as a polity and a nation, always has this self-perception that it is a proud bastion of human rights, freedom, and that even when it does wrong, it was for good intentions.

It is that self-perception, that very warped image that can only be thrown up in the reflections of a Fairground hall of mirrors labyrinth, that gives American politicians the gumption to believe they are the arbiters of what is right and what is wrong.

When one takes the sort of distorted self-image described above into account, one begins to understand the foolishness behind President Joe Biden’s recognition of the Armenian tragedy of 1915 as a “genocide”.

Genocide as a political bludgeon

Of course, it is ironic that the US is a signatory to the Rome Statute that created the International Criminal Court (ICC), which investigates and prosecutes the crime of genocide, but has itself failed to ratify the treaty.

Effectively, the US has removed itself from all international legal supervision, placing itself in a position whereby it can readily point the finger at other states while failing to look into the mirror, one that is not warped by hubris at any rate. Short of a referral by the UN Security Council, which the US can simply veto, it is simply impossible for the ICC to investigate American involvement in genocide, war crimes, crimes of aggression, and crimes against humanity.

While it is foolish to say that genocides could not have been perpetrated prior to its formal recognition as a crime, the first time that it was properly defined as such was in 1946 after the Holocaust and Nazi Germany’s murder of millions of Jews, Romani Gypsies, and other “undesirables”. Prior to this, there was no recognition that genocide itself was a crime, and there was broad international legal consensus that states could more or less behave as they saw fit within their own borders despite how morally repugnant that position was.

That aside, for the crime of genocide to even be found, there is an international legal requirement that the alleged perpetrator had acted with “…intent to destroy, in whole or in part, a national, ethnic, racial or religious group…”. Without establishing intent, no matter how tragic the circumstances, events cannot be rationally or legally described as a genocide, and this opinion finds support in the works of academics such as Bernard Lewis, himself a noted Orientalist who had little love for the Ottomans.

It is obvious that Biden has not established intent and is merely expressing his own opinion which, and it may surprise him to learn, has no international legal bearing. To retrospectively comb over historical events to anachronistically judge which power was guilty of genocide when all the witnesses have long since passed on shows that this is not an exercise in establishing right from wrong, but rather it is a political tool used to bludgeon an ally who is not willing to blindly fall in line with the White House’s diktats at the expense of Turkey’s national interests.

It is also a disingenuous attempt at making a token appearance of “righting historical wrongs”. The stark reality of the Armenian tragedy in the modern day is that it has been effectively weaponised by the Armenian government and its lobbyists in western capitals as an instrument to pressure its Turkish rival. All attempts by Ankara to form a joint commission to investigate what really happened and to formally set the record straight whatever the outcome have been rebuffed by Yerevan, and one does not need to cast their mind far to divine why that is the case.

The events of 1915 are a matter for open academic debate, to be settled by experts of Ottoman history who have access to archival materials, particularly considering as all the witnesses are now long dead. It should not go unnoticed that Turkish President Recep Tayyip Erdogan had repeatedly offered those nations who accuse the Ottomans of genocide to access Turkey’s national archives in good faith, saying Turkey “has nothing to hide.”

Such an archive, belonging to a now dead empire that ruled for more than six centuries, would prove an invaluable source for those who had a genuine desire to ascertain the facts of what happened. Instead, the Turkish president’s offers have been ignored simply because it is more convenient to cast judgment without reference to any real evidence or to provide an opportunity for the opposing case to be argued. It is the worst kind of unfair trial, and is purely designed to defame and damage a modern nation state for the misconstrued events of a distant past.

No moral high ground for the US

It also beggars belief that those making these allegations are, indeed, Americans. As previously stated, the ICC enjoys no jurisdiction over the US and that perhaps emboldened Washington to engage in numerous and grave breaches of international law.

In Iraq alone, the US perpetrated the crime of aggression by invading in 2003, followed by numerous war crimes through its use of horrific firepower in areas densely populated by civilians in places such as Fallujah, not to mention subjecting Iraqis to decades of economic sanctions that led to half a million Iraqi children being killed in a matter of half a decade.

Killing 500,000 Iraqi children was undeniably a genocidal act, particularly as then-Secretary of State Madeleine Albright declared that, according to the US government, “the price [of killing children] is worth it”. Such callous disregard for the most pure of all human life, children, aptly demonstrates that the US knew what it was doing, knew the effect of what it was doing, saw hundreds of thousands of children die, and still decided that it was “worth it” clearly demonstrating genocidal intent.

However, who is ever going to hold the Americans to account for their flagrant violations of international law and genocidal actions in Iraq and many other places around the globe? While Washington feels morally superior in accusing others of genocide, why does it not first do the right thing at home, and prosecute its own war criminals and perpetrators of genocide?

The answer to that is not only does the US not care and will pardon its war criminals as former President Trump recently did, but it follows the classic rule of the powerful: “One rule for thee, and another for me.”

Tallha Abdulrazaq is an award-winning academic and writer, with a specialism in Middle Eastern strategic and security affairs.
Article Originally Published in TRT CLICK HERE 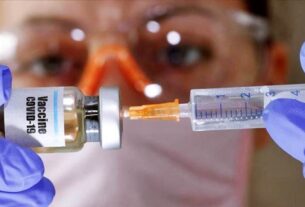 “GET WELL SOON!” TRUMP TWEETED AFTER BIDEN SPRAINED HIS FOOT