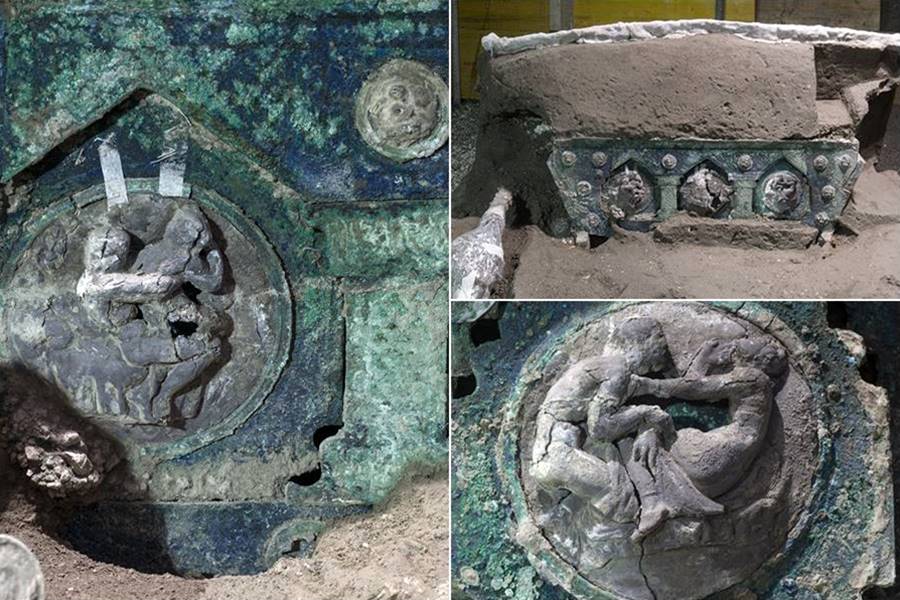 Archaeologists on Saturday unearthed more than they bargained for in the Italian city of Pompeii, the city buried in a volcanic eruption in 79 AD.

The almost perfectly preserved four-wheeled carriage made of iron, bronze and tin was found near the stables of an ancient villa at Civita Giuliana, some 700 metres (2,297 feet) north of the walls of ancient Pompeii.

The area has produced several jaw-dropping archaeological discoveries since it was discovered in the 18th century.

A “snack bar” eatery was uncovered at the end of last year by experts.

The four-wheeled processional chariot. The latest discovery of #Pompeii. pic.twitter.com/4OssC4Crdp

“Pompeii continues to amaze us with its finds, and so it will be for many years to come with 20 hectares (49 acres) still to be excavated,” Italian Culture Minister Dario Franceschini said.

“This is an extraordinary discovery that advances our understanding of the ancient world,” Osanna said.

“What we have is a ceremonial chariot, probably the Pilentum referred to by some sources, which was employed not for everyday use or for agricultural transport, but to accompany community festivities, parades and processions,” he added.

The chariot is one of several important finds made in the same area outside the park near Naples following an investigation into an illegal dig.

A ceremonial chariot with four wheels, with its iron components, bronze and tin decorations,mineralised wood remains and imprints of organic materials, has been discovered almost intact in the portico facing the stable where,in 2018,the remains of 3 equidae had already been found pic.twitter.com/C6vSzJSWSK

Archaeologists last year found in the same area on the outskirts of Pompeii the skeletal remains of what are believed to have been a wealthy man and his male slave, attempting to escape death.

The chariot survived looting by modern-day antiquities thieves, who had dug tunnels through to the site, grazing but not damaging the four-wheeled cart, according to park officials.

Archaeologists believe the cart was used for festivities and parades, perhaps also to carry brides to their new homes.

The villa was discovered after police came across the illegal tunnels in 2017, officials said. Two people who live in the houses atop the site are currently on trial for allegedly digging more than 80 metres (262 feet) of tunnels at the site.

Pompeii, 23km (14 miles) southeast of Naples, was home to about 13,000 people when it was buried under ash, pumice pebbles and dust as it endured the force of an eruption equivalent to many atomic bombs.

About two-thirds of the 66-hectare (165-acre) ancient town have been uncovered. The ruins were not discovered until the 16th century and organised excavations began in about 1750. 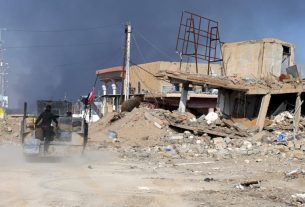 Mortar Attack by ISIS on Soccer Field Kills 6 in Iraq 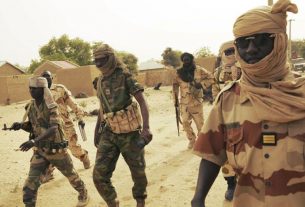 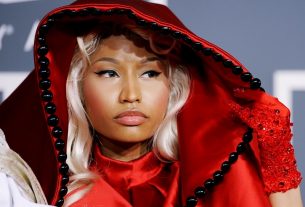