A former Algerian prime minister has admitted selling gold bars on the black market, Algerie Presse Service (APS) has reported. Ahmed Ouyahia, 68, received the gold in his official capacity as gifts from the leaders of Gulf countries.

Ouyahia is on trial for corruption, and told state prosecutors that he sold 60 such gold bars. This helped to explain his assets worth $5 million, although the gold bars themselves were apparently valued at $2.5m.

The 68-year-old added that he had not previously told prosecutors about the gold so as “not to undermine relations between Algeria and certain friendly countries.” He also admitted that he had failed to declare the cash to the income tax authorities.

The former premier was found guilty alongside fellow ex-prime minister Abdelmalek Sellal on corruption charges last year but had their convictions quashed by the Supreme Court in November following a defence appeal. The pair, who both served under former President Abdelaziz Bouteflika, are being retried on allegations that they secretly financed the then-premier’s re-election bid in 2019.

Bouteflika resigned in April 2019 after nearly 20 years as head of state following mass anti-government protests calling for his ouster. The initial trial of Ouyahia and Sellal in December 2019 was the first in a series of high-profile corruptions cases against Bouteflika-era officials.

It was also the first time that former prime ministers had been put on trial since Algeria gained independence from France, AFP reported. The pair were sentenced to 15 and 12 years respectively in the first trial and had their jail terms confirmed last March. Later in the year, both received additional jail sentences in separate cases.

Ouyahia served as prime minister four times between 1995 and 2019, while Sellal held the post between 2012 and 2017, and also managed four of Bouteflika’s election campaigns. 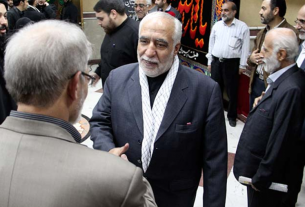 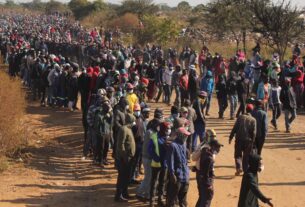