Hundreds of people have rallied in several French towns and cities in protests called by anti-capitalist and environmental groups against e-commerce giant Amazon.

Among the places where demonstrators staged rallies on Saturday was the small southern town of Fournes near Pont-du-Gard, a World Heritage site, where the United States-based company plans to set up a 38,000-square-metre (400,000-square-feet) facility.

Protesting at the site, between 800 and 1,000 people formed a human chain to show the size of the project, with multicoloured balloons floated 18 metres (60 feet) up to indicate the height of the planned five-storey warehouse.

“It’s two years that the citizens of Fournes and its surroundings have fought against the installation of a giant Amazon warehouse,” said Raphael Pradeau, spokesman of French citizens’ activist group Attac.

“At the start they were a bit alone against everyone, but they have succeeded in halting the project thanks to legal recourse,” he added.

“We want to show that these are not small isolated fights and that we can mobilise hundreds of people who are ready to return to stop the work,” said Pradeau.

The campaigners view the retail giant as a prime factor in the urbanisation of farmland, a process they say is contributing significantly to climate change and the loss of environmental biodiversity.

Amazon’s global revenues have soared during the pandemic and its ability to keep selling during coronavirus lockdowns has deepened frustration among French opponents, who say it represents a US-style mass consumer culture at odds with a long local tradition of neighbourhood stores.

The protesters also planted shrubs in front of huge banners reading “Stop Amazon” and “Not here or anywhere”.

“These plants, these shrubs that we are planting today are a symbol of life that contrasts with the concretisation that Amazon practises,” said 38-year-old Sarah Latour, 38, who had brought her two sons aged six and eight.

“I came with my children because I don’t want this destructive model for them,” she told AFP news agency.

About 200 people also rallied outside an Amazon facility in Carquefou, a suburb of the western city of Nantes, organisers said.

“We condemn Amazon for destroying more jobs than they create,” said Sophie Jallier, a spokeswoman for the organisers in Carquefou.

Other protests were reported in the eastern towns of Ensisheim and Augny.

Reacting to similar demonstrations last month, Amazon said it had unwittingly become the mouthpiece of organisations that often made use of “misleading” information. It had invested 9.2 billion euros ($11.2bn) in France and was “at the origin of” the creation of 130,000 jobs, a spokeswoman said. 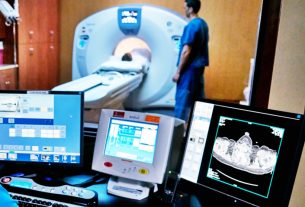 Cancer now ‘leading cause of death’ in rich countries