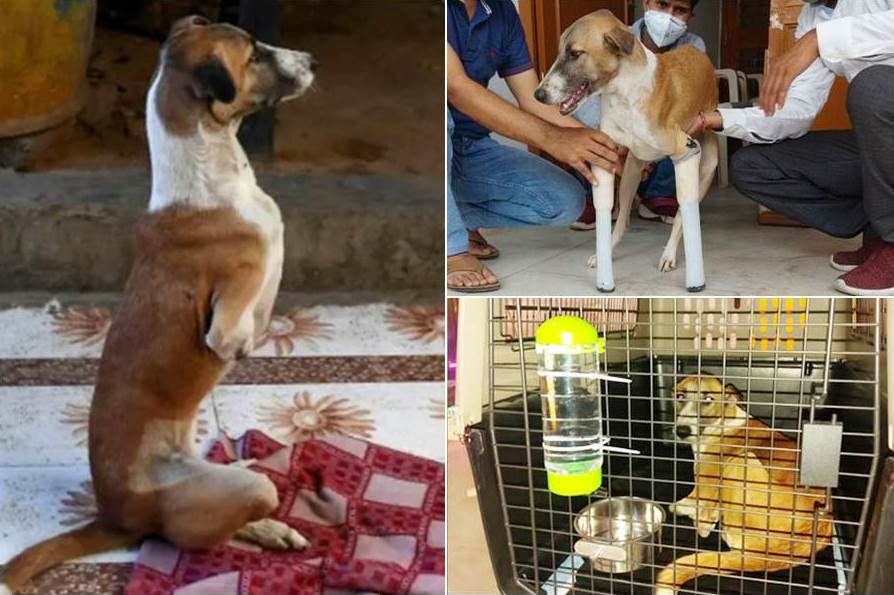 “It is almost impossible to save such a badly injured dog,” veterinarian Mahesh Verma said in a video shared by the shelter.

“There was a lot of bleeding… we arranged a healthy dog and transfused blood.”

Doctors had to amputate her forelegs, leaving her with stumps. Her back legs were also badly injured.

But the mutt – although not named Rocky after the iconic movie character – nevertheless battled as hard as the underdog pugilist to recover.

The dog that had lost its front legs in an horrific train accident was rescued and kept in an animal shelter in India’s Haryana state.

In July Rocky took her first steps on her new limbs, made by a leading doctor in Jaipur, and over several months gradually learned to walk again.

Rocky is seen sitting inside her container at the international airport before flying to London.

Rocky boarded a plane in New Delhi early Wednesday bound for London, where she is due to be collected by the foundation and her new owner.

She appeared to be taking everything in her shaky stride.

“In India, pets are often abandoned and abused. We are very happy that Rocky will have a safe and open space,” said Dubey. 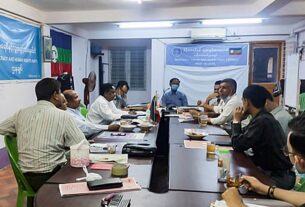 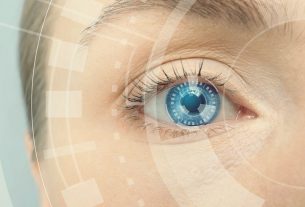 Scientists create contact lenses that zoom when you blink twice