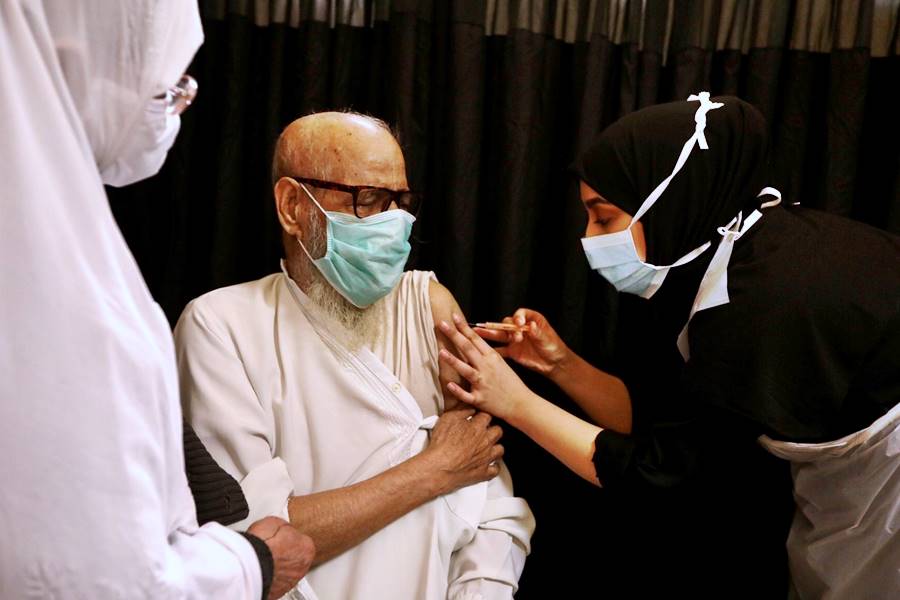 London, United Kingdom – COVID-19 vaccine uptake among ethnic minority Britons is lower than among white people, according to recent data, a development that is fuelling concerns that the coronavirus could continue to disproportionally affect some communities and prompting calls for government action.

As of February 11, 86 percent of white people aged between 70 and 79 had been vaccinated against COVID-19, according to the study from OpenSafely, run by the University of Oxford and the London School of Hygiene and Tropical Medicine.

Among Black, mixed heritage and South Asian people of the same age, the figures stood at 55 percent, 68 percent and 73 percent respectively, according to the study, which was published on Tuesday.

The OpenSafely report, based on data gathered from 40 percent of doctors’ surgeries in England, also showed a high-rate of discrepancy in vaccination rates between ethnic minorities and white people aged 80 and above.

Ninety-three percent of white people in this age range received a jab, compared with 61.3 percent of Black people, 76 percent of South Asians and 71 percent of mixed heritage Britons.

The study’s authors called for “targeted activity” to address the differing vaccination rates observed between various groups, such as ethnic minorities, people living in areas of higher deprivation, and those with severe mental illness or learning disabilities.

Vaccine hesitancy among ethnic minorities concerns experts and activists, especially as the pandemic has inflicted devastating consequences on Black and Asian communities in the UK, members of which are more likely to become infected and die with coronavirus.

The reasons why some refuse the offer of a vaccine are varied.

For instance, while some worry whether the vaccines are compliant with religious beliefs, others are concerned over the safety of jabs, given they were produced so quickly.

But Halima Begum, director of the UK’s Runnymede Trust race equality think-tank, told Al Jazeera that ultimately, decades of “structural inequalities” faced by minority communities “both in accessing the National Health Service (NHS) and in terms of health outcomes” were to blame.

Inequality had caused a “legacy of caution and, in some cases, outright fear” among minorities, she said.

Begum called on the government to take “further steps” to ensure minority communities were supported in accessing vaccines, suggesting officials launch more pop-up centres and deploy extra health workers to take the COVID jab “to the doorsteps of the most vulnerable in our communities”.
In a statement sent to Al Jazeera, the UK’s minister for COVID Vaccine Deployment, Nadhim Zahawi said the government was working alongside the NHS to “encourage people in all communities to come forward and accept the offer of a jab when it comes”.

“We are working closely with the NHS and faith and community leaders, to support and reach people who are eligible for a vaccine, by providing advice and information in over thirteen languages,” he said.

“Effective vaccines will not only protect people from coronavirus, they will save thousands of lives and we want every eligible person to benefit from a free vaccination, regardless of their ethnicity or religious beliefs.”

The UK’s mass vaccination drive, which began on December 8, prioritised people aged 70 or above, along with care home residents and staff and front-line health workers.

Earlier this week, UK officials met a target to provide more than 15 million people with at least one dose of a vaccine, 10 weeks after the campaign started.

The government is now aiming to offer the vaccine to everyone aged over 50 and all adults in groups deemed to be at particular risk from the virus – accounting for some 32 million people combined – by May as it bids to end the pandemics grip on the country.

But Azeem Majeed, a general practitioner in London, and the head of Primary Care and Public Health at Imperial College London, said he continued to witness vaccine reluctance among his patients despite the unprecedented public health push.

“If we don’t vaccinate enough people then we won’t achieve herd immunity, which will mean continued outbreaks of COVID-19 occurring, and possibly some quite large outbreaks,” Majeed told Al Jazeera.

Majeed called on health workers heading the inoculation drive to encourage patients skeptical of the vaccines to take up the offer of a jab, and praised pop-up vaccine clinics in churches and mosques as useful means of reaching people hit hardest by the pandemic.

“We do then reach some of these groups who are more marginalised,” he said. 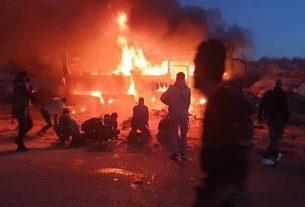 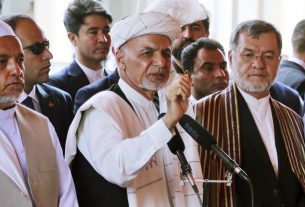 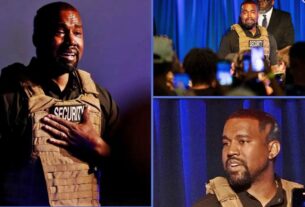