The US has asked Australia to scrap proposed laws that would make it the first country in the world to force Facebook and Google to pay for news sourced from local media outlets.

In a submission asking the government to “suspend” the plans, Assistant US Trade Representatives Daniel Bahar and Karl Ehlers, suggested Australia instead “further study the markets, and if appropriate, develop a voluntary code”.

Under the law, which has broad political support and is currently before a Senate committee, Google and Facebook could be forced into arbitration to pay for local news if a commercial agreement on payments to Australian media cannot be reached.

“The US Government is concerned that an attempt, through legislation, to regulate the competitive positions of specific players … to the clear detriment of two US firms, may result in harmful outcomes,” said the document, under the letterhead of the Executive Office of the President.

Such a move could also “raise concerns with respect to Australia’s international trade obligations,” it said.

Traditional media companies have long complained their content is being exploited by digital platforms without due compensation.

Google and Facebook continue to argue that media organisations benefit from referrals and clicks through to their websites.

The Australian government has said it is trying to level the playing field as once-dominant publishers lose advertising revenue to Google and Facebook. In May, for example, Rupert Murdoch’s News Corp. announced plans to cut jobs and close or stop printing more than 100 local and regional newspapers in Australia.

The US Government has now also stepped in to pressure Australia to step back from its plans.

A document with the letterhead of the Executive Office of the President said: “The US Government is concerned that an attempt, through legislation, to regulate the competitive positions of specific players … to the clear detriment of two US firms may result in harmful outcomes.”

Such a move could also “raise concerns with respect to Australia’s international trade obligations”, it said.

Google recently decided to hide some Australian news sites from its search results in a move that was interpreted as a response to the proposed laws.

Changes to Google’s search algorithm affected a small percentage of users and buried links to some commercial news sites.

Facebook had taken a harder line and has threatened to block Australians from sharing any news on its sites if the law is passed. The different responses have made Australia a test case as watchdogs worldwide seek to rein in the vast advertising power of the digital giants. 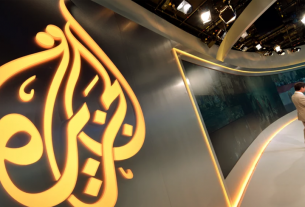 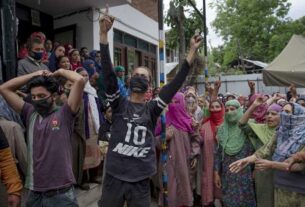