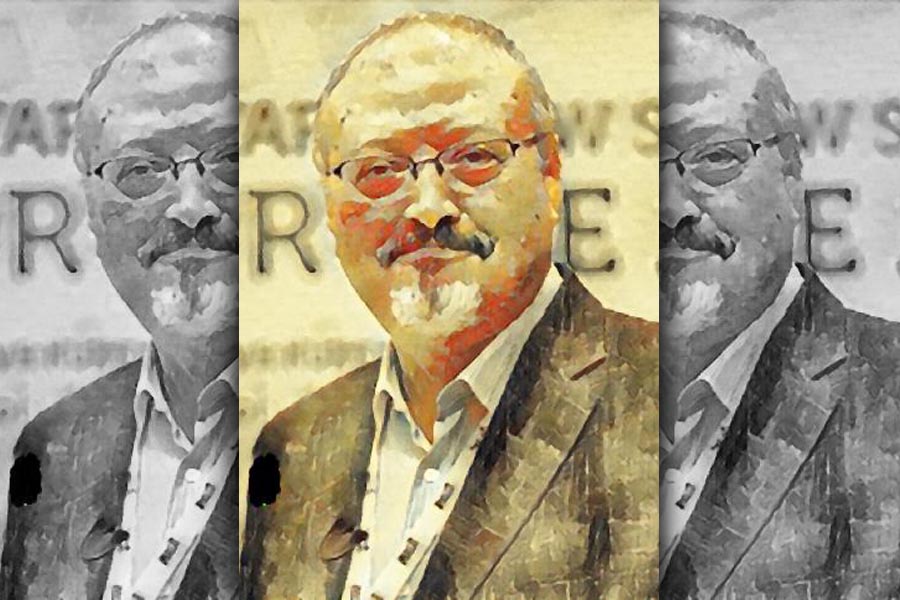 The pending release of an unclassified United States intelligence report on the murder of Saudi journalist Jamal Khashoggi will be a critical step in the ongoing search for justice, a leading United Nations expert has said.

Agnes Callamard, the UN special rapporteur on extrajudicial, summary or arbitrary executions, said the report by the Office of the Director of National Intelligence (DNI) is expected to provide information on who was responsible for the October 2018 killing.

“Once we have further evidence, it will be really impossible for the rest of the world to ignore whatever information will be provided,” Callamard said late on Wednesday during a panel discussion hosted by the Knight First Amendment Institute at Columbia University.
Khashoggi, a Washington Post newspaper columnist and prominent critic of Saudi Crown Prince Mohammed bin Salman, was killed at the Saudi consulate in Istanbul, where he had gone to retrieve documents for his upcoming marriage.
His murder sent shockwaves around the world and spurred demands from human rights advocates, press freedom organisations, UN experts and legislators for the perpetrators to be held accountable.

In a 2019 report, Agnes Callamard said it was ‘inconceivable’ Khashoggi’s killing took place without Mohammed bin Salman knowing ‘some sort of mission of a criminal nature’ was being launched

White House Press Secretary Jen Psaki told reporters on Wednesday the Biden administration remains committed to releasing the DNI report. She did not give a specific timeframe for its release, saying only it would be “soon”.

Biden told reporters he has read the report and expected to speak by phone soon with Saudi King Salman bin Abdulaziz al-Saud. The US president he did not say when the call would take place, the White House press pool reported.

Earlier this week, news outlet Axios said the report – which is widely believed to provide more details on the alleged role of bin Salman, also known as MBS, in Khashoggi’s murder – could be out as early as Thursday.

Citing four unidentified US officials familiar with the matter, the Reuters news agency said the report “assessed that the crown prince approved and likely ordered the murder of Khashoggi”.

Al Jazeera could not independently verify that information.

Saudi officials have repeatedly rejected accusations MBS was involved in Khashoggi’s killing, instead blaming the murder on a group of rogue operatives.

In an interview with broadcaster CBS’s programme 60 Minutes in 2019, the crown prince was asked if he ordered Khashoggi’s murder. “Absolutely not,” he answered, adding however that he said he took “full responsibility” as a Saudi leader for the “heinous crime”.

Amid global calls for a thorough and transparent investigation into what happened, the US Congress passed a defence bill in December 2019 that included a provision requiring the DNI to release within 30 days an unclassified report on the murder.

Specifically, it asked the intelligence chief to list anyone they believe with “high confidence” was responsible or complicit in Khashoggi’s murder, knew of or assisted in the killing, or impeded the investigation.

But the administration of then-President Donald Trump – a staunch supporter of MBS – refused to release the unclassified report, saying doing so could compromise the DNI’s sources and methods.

Trump also resisted calls from within his own Republican Party to hold top Saudi leaders responsible. “It is zero chance – zero – that this happened in such an organised fashion without the crown prince,” Senator Lindsey Graham told reporters after a CIA briefing in December 2018.

In a June 2019 report, Callamard also found “sufficient credible evidence regarding the responsibility of the Crown Prince demanding further investigation”.

The hit squad sent to kill Khashoggi required “significant government coordination, resources and finances”, the report reads, and experts found it “inconceivable that an operation of this scale could be implemented without the Crown Prince being aware, at a minimum, that some sort of mission of a criminal nature, directed at Mr. Khashoggi, was being launched”.

News of the US intelligence report’s imminent release comes as Biden tries to undo many of Trump’s most hardline policies. Biden had promised during the election campaign to “reassess” ties between Washington and Riyadh.

On Wednesday afternoon, Psaki said the US president intends to “recalibrate” the relationship with the senior Saudi leadership – and only has plans to hold direct talks with King Salman, not his son, the crown prince.

“The president will speak with the king at the appropriate time. It will be soon,” Psaki told reporters.

“I would anticipate the call being directly with the king and be one-on-one,” she said, adding the Biden administration would wait for the US intelligence report to be released before commenting publicly.

The Saudi embassy in Washington, DC, did not immediately respond to Al Jazeera’s request for comment on Wednesday evening.
SOURCE : AL JAZEERA 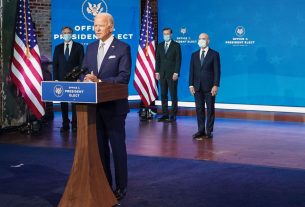 US PRESIDENT-ELECT JOE BIDEN INTRODUCES CABINET PICKS OF HIS ADMINISTRATION 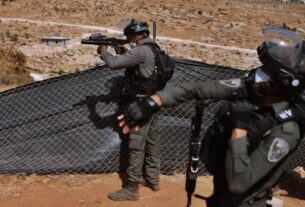 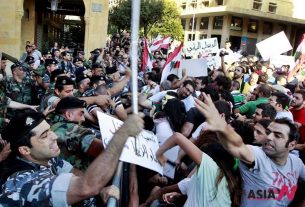 LEBANESE PROTESTERS GATHER AROUND PARLIAMENT TO BLOCK LAWMAKERS FROM ENTERING