YouTube has joined the digital censorship caravan and suspended outgoing US President Donald Trump’s channel for at least a week, saying uploaded content violated its policies.

“After review, and in light of concerns about the ongoing potential for violence, we removed new content uploaded to Donald J. Trump’s channel for violating our policies,” YouTube Insider, the official account of the video-sharing platform, tweeted late Tuesday.

“It now has its 1st strike is temporarily prevented from uploading new content for a *minimum* of 7 days.”

The company added that it will also “indefinitely” disable comments on Trump’s channel due to ongoing concerns about violence, noting that it is a common procedure for all channels “where there are safety concerns found in the comments section.”

YouTube became the latest social media platform to ban Trump after the deadly Jan. 6 Capitol Hill riots in Washington D.C. While Twitter has permanently barred him from the platform, he cannot post on Facebook and Instagram until at least the transition of power is complete.

The systematic censorship has been slammed by Republicans, as well as many world leaders, but Democrats accuse the president of inciting supporters to halt Congress from confirming President-elect Joe Biden’s electoral victory.

“If now there is going to be censorship in social media, we must think of alternative media outlets. It shouldn’t be allowed that a private corporation, the owner of Facebook, or the owner of Twitter, decide who has the possibility of communication and who has not,” said the Mexican president. 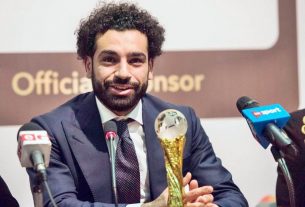