Australia will close its embassy in Afghanistan “in light of the imminent international military withdrawal”, the Federal Government has said.

Morrison said the facility would close as an “interim measure” on May 28 — in three days — “in light of the imminent international military withdrawal from Afghanistan.”

“It is Australia’s expectation that this measure will be temporary and that we will resume a permanent presence in Kabul once circumstances permit.”
The statement specifically referenced security concerns for embassy staff if they remained in the country.
“The departure of the international forces and hence Australian forces from Afghanistan over the next few months brings with it an increasingly uncertain security environment where the Government has been advised that security arrangements could not be provided to support our ongoing diplomatic presence,” the statement read.
The United States has formally begun withdrawing its troops from Afghanistan, opening the final chapter in America’s longest-ever war, but heralding an uncertain future for a nation in the tightening grip of the Taliban.

The elected government in Kabul and Afghan security services remain weak despite two decades of foreign capacity building, and their success is far from clear without full-scale US support.

Most US troops are expected to leave by September 11, the 20th anniversary of the al-Qaeda attacks that sparked the US-led invasion of the country.

Australian troops will join the US military in leaving Afghanistan in September this year.
The exit was announced last month. There are just 80 Australian military personnel in Afghanistan at present. 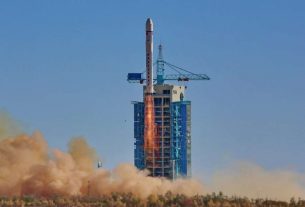