At least three people have been killed and eight others wounded after a car bomb exploded near a checkpoint close to the Somali parliament headquarters in the capital Mogadishu.

“A suicide bomber driving a Toyota Noah [vehicle] drove past a security checkpoint in the Dabka area, forcing police to open fire. At least seven people were wounded, eight cars and nine rickshaws were destroyed in the morning bombing in Mogadishu,” Somali police said in a statement.

The attack targeted a security checkpoint near the Sayidka junction in Mogadishu’s busiest Makka al-Mukarama road.

The Sayidka junction is located steps away from Somali parliament headquarters and close to the presidential palace in Mogadishu.

Somali police have not reported any fatalities in the suicide bombing but local media said at least five people were killed.

“The police, other security forces, and paramedics reached the scene and the road leading to the presidential palace were closed,” he noted, adding that the police also launched an investigation.

“The police were chasing the hostile vehicle after spotting it a few kilometres away from where it exploded,” security official Abdirahman Mohamed told the AFP news agency. “Three civilians died according to the information we have received so far and eight others are wounded,” he said.

“The police opened fire on the vehicle and chased it and this has allowed many people to flee away from [the] road. This has really limited the number of casualties the blast could have caused,” the official added.

No group has yet claimed responsibility for the attack but Somali-based al-Qaeda-affiliated militant group al-Shabaab carried out recent attacks in the Horn of African country.

Somalia was due to hold elections on February 8, but they were delayed as President Mohamed Abdullahi Mohamed and regional leaders squabble over the voting process.

On Wednesday, the UN Security Council called on the federal government and regional states to urgently resume talks and agree on arrangements to hold elections as soon as possible. SANCTIONS AGAINST RUSSIA LEAD TO A GLOBAL CRISIS: PUTIN 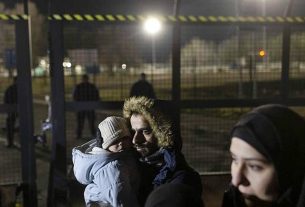 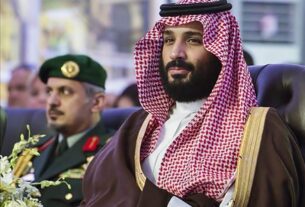