Raducanu, 18, won the all-teen final at Arthur Ashe Stadium in New York City with a score of 6-4, 6-3 over her 19-year-old Canadian opponent, Leylah Fernandez.

Raducanu had to take a medical timeout near the end of the thrilling encounter when she slid on the hardcourt surface and bled on her left knee.

“First of all, I really want to congratulate Leylah and her team. She played some incredible tennis and has beaten some of the top players in the world. The level was extremely high and I hope we play each other in many more tournaments and hopefully finals,” Raducanu said and thanked her team, fans and everyone who watched the final.

“Thank you for making me feel so at home from my first qualifying match. You have spurred me on in some difficult moments and I hope me and Leylah put on a good match today,” she added.

Fernandez praised Raducanu for her performance on the court.

“It is incredible. I have no idea what to say. Today is going to be hard but Emma played amazing. Congratulations! I am very proud of myself and having the New York crowd has been amazing. Thank you so much New York. Thank you everyone,” said Fernandez.

Raducanu become the first British woman to win the US Open since 1968 when Virginia Wade took the top prize.

Raducanu was awarded the 2021 trophy and $2.5 million in prize money.

Fernandez is returning home with the finalist plate and $1.25 million.

“It is a remarkable achievement at such a young age, and is testament to your hard work and dedication.”

In a statement, the monarch added: “I have no doubt your outstanding performance, and that of your opponent Leylah Fernandez, will inspire the next generation of tennis players.”

“You showed extraordinary skill, poise and guts and we are all hugely proud of you.” 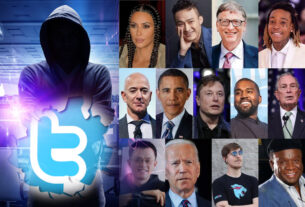 HACKERS DOWNLOADED DATA FROM UP TO 8 ACCOUNTS , TWITTER SAYS 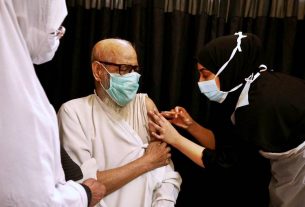