The far-right AfD party in Germany has intensified its attacks on Cologne mayor Henriette Reker for permitting mosques to broadcast the call to prayer (Azan) on Fridays, Anadolu Agency reported.

“This gives the impression that Germany is not a Christian country, but a Muslim one. This is not the case,” Matthias Buschges, the AfD’s deputy spokesman in Cologne, said in a statement.

Cologne is one of Germany’s largest cities, with over 120,000 Muslims making for nearly 12% of the city’s total population.

GERMANY’S LARGEST MOSQUE TO BROADCAST CALL TO PRAYER ON FRIDAYS

Its mayor, Reker, declared this week that muezzin calls for Friday prayers will be broadcast through loudspeakers in over 30 mosques throughout the city.

“Cologne is a city of religious diversity and freedoms. Allowing muezzin’s call to prayer is for me a sign of respect,” she stressed.

But Islamophobic movements and the far-right AfD party heavily criticized Reker for her decision, arguing that this was another sign of “Islamization of Germany”.

“The muezzin call is not an expression of religious freedom, and tolerance, and diversity. It is an expression of a political claim to rule, of submission and Islamization,” she said on Twitter.

Germany, with a population of over 80 million people, has Western Europe’s second-largest Muslim community, after France. Three million of the country’s almost 4.7 million Muslims are of Turkish descent.

In recent years, the country has seen an increase in racism and Islamophobia, fueled by far-right propaganda aimed at instilling fear of Muslims and immigrants in order to gain more votes. 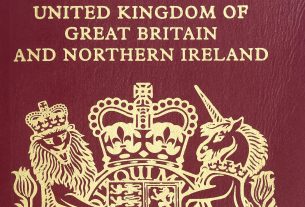