The three Sunni political prisoners were transferred to an unknown location on Wednesday, December 31, and were deprived of family visits before their execution. Their families and lawyers were not informed about the executions in advance.

The families and lawyers were desperately trying to obtain information about the three men since Wednesday. Subsequently on Sunday, they were told that the execution had been carried out three days ago.

The death sentences of the three prisoners, along with six others, Farhad Shakeri, Issa Mohammadi, Hakim Azim Gargij, Taj Mohammad Khormali, Abdolrahman Gargij, and Hossein Varasteh Soleimani, were issued in 2049 and were notified to them on August 10, 2020.

The prisoners were sentenced to death by Branch 1 of the Revolutionary Court of Mashhad on charges of “baghi” (armed rebellion) through membership in the Al-Furqan party group and membership in the Sunni National Solidarity Front.

These Sunni political prisoners were denied the right to a lawyer of their choice during their trial. They were arrested by the intelligence agents in 2015 and were kept in solitary confinement in the detention center of the Mashhad Intelligence Department for 10 to 12 months. They spent about four years in Vakilabad prison in Mashhad.

Iran Human Rights Monitor strongly condemns ongoing executions in Iran, especially of Sunni prisoners, and calls on the United Nations, international human rights organizations, and the European Union to act to save the lives of death row prisoners. 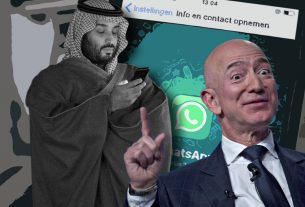 UN SAYS SAUDIS MAY BE BEHIND HACKING OF BEZOS’ PHONE