Israel Aerospace Industries (IAI) yesterday announced that it has signed an agreement with the UAE’s Etihad Engineering to set up an aircraft conversion facility in Abu Dhabi.

The site will convert Boeing 777-30OER passenger planes into cargo aircraft, said Reuters. “Not only do we see the demand, but we view it as a greener, more profitable, highly innovative solution for our airline customers, and an excellent way to drive value for our business,” Tony Douglas, chief executive of Etihad Aviation Group, said in a statement. There has been an increase in demand for cargo aircraft of these models since the COVID-19 pandemic and rise in e-commerce.

The agreement comes a year following the so-called Abraham Accords signed in Washington between Israel, Bahrain and the UAE which normalised ties between Tel Aviv and several Arab states.

Cargo conversions are booming – this time, IAI is converting ✈️ in the UAE!

The global community can rely on IAI as it meets ⬆️ demand in cargo conversions🌍 pic.twitter.com/XLrgLZzDj8

IAI, which is state-owned and describes itself as a “leader in defense, aerospace, and commercial markets”, said in March that it would collaborate in the development of an advanced drone defence system with the UAE’s state-owned defence conglomerate EDGE, which was launched in 2019 to address the Gulf state’s “antiquated military industry”.

IAI currently converts Boeing 737, 747, and 767 passenger aircraft for cargo use and is working towards developing a conversion method for the 777 model with plans to finish the licensing process in 2023.

Earlier this month, the company announced it had signed a similar agreement with Ethiopian Airlines to establish a passenger-to-freighter conversion site for Boeing 767-300 passenger aircraft and will be based in the country’s capital Addis Ababa, joining existing sites used by IAI in Ben Gurion International Airport and in Mexico. 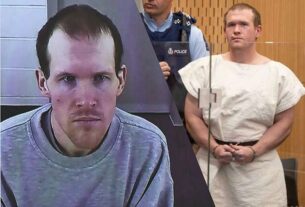 NEW ZEALAND MOSQUE ATTACKER TO BE SENTENCED ON AUG 24 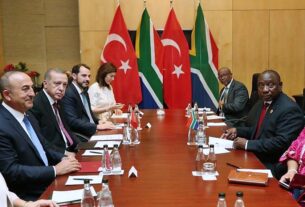