The official and secret code for implementing the plan for events following the death of Queen Elizabeth II was “London Bridge is down”. This was the signal for “Operation Unicorn” to swing into action, which has happened since the monarch’s death was announced last Thursday.

The plan covered everything from announcements about her death to her funeral and beyond. The image of the kingdom had to be preserved at all costs, and royal protocol had to be followed. Flags were lowered to half-mast over public buildings; church bells rang out and artillery gun salutes were fired in the capitals of the four constituent countries of the United Kingdom of Great Britain and Northern Ireland. Normal television and radio services were shelved as hour after hour of programmes and discussions played out about the late Queen and her life, family and so on.

Upon his mother’s death, the Prince of Wales immediately became King Charles III: the Queen is dead; long live the King! Formal proclamations and ceremonies followed, some seen on television for the very first time. King Charles addressed the nation, the Commonwealth and the world, and vowed to follow in his mother’s footsteps and serve the people of the United Kingdom for the rest of the life that God grants him. He said that will make every effort to be the inspiring example that his mother was and to adhere to the constitutional principles of the UK.

Queen Elizabeth II ruled for 70 years, making her the longest reigning monarch in British history. She surpassed her great-great-grandmother Queen Victoria’s rule, the previous record holder at 63 years on the throne.

Princess Elizabeth was not born to be queen. Her father was the second son of King George V, and his elder brother duly became King Edward VIII. However, the king’s love for an American divorcee was disliked by the British Establishment and she was believed to be unsuited to being the consort of the monarch. When Edward abdicated in 1936, his younger brother became King George VI and Princess Elizabeth found herself heir to the throne and, in 1952 when her father died of cancer, she became Queen Elizabeth II.

She witnessed many major events throughout her reign, not all of them with positive connotations and consequences. The governments acting in her name launched the invasion of Egypt with the Suez War in 1956, for example, when Anthony Eden was prime minister; the Iraq war in 2003, during the premiership of Tony Blair; and the Falklands War in 1982, during the era of the Iron Lady, Margaret Thatcher, in 10 Downing Street. The long conflict with Irish republicans in Northern Ireland — “The Troubles” — ended with the 1998 Good Friday Agreement.

It is now being asked whether the late Queen Elizabeth was responsible for such wars and the disasters that they created. As head of the British Armed Forces could she have blocked them from getting involved?

The short answer is no. The UK has a constitutional monarchy, which means that the monarch’s role is purely ceremonial and symbolic. Although the monarch can, in theory, refuse to sign legislation enacted in his or her name, that has never happened; if it did, parliament can overrule the decision in any case. The monarch’s signature is just a formality. The same is true in the sixteen former British colonies where the UK King or Queen is head of state.

This has been the case in Britain since the English Civil War during which King Charles I was executed. He was accused of being a tyrant and holding complete power and disregarding the people’s rights and freedoms. Since then, the monarchy has been effectively under the control of the Westminster parliament. The so-called “Queen’s speech” (it will now be the King’s speech, of course) at the state opening of parliament is written by the government, but delivered by the monarch, who has no voting rights. Moreover, it is frowned upon for the monarch to “interfere” in politics by making known personal opinions about any issue of the day.

This is why King Charles stressed that he will adhere to the existing principles governing what the monarch can or cannot do. It will be interesting to see how he copes with this, as he is known for making public statements about, say, climate change, and other issues, including Islamophobia. In some cases, his opinions have been in conflict with those of the government of the day.

This will not be possible now, and would appear to be one of the challenges that he will face as king. He may come to miss the “good old days” when he was Prince of Wales and heir to the throne, and able to express his opinions relatively freely. We may never know his thoughts on major issues which affect the rest of us. It’s an interesting thought in a country which professes to support democracy and freedom of speech. 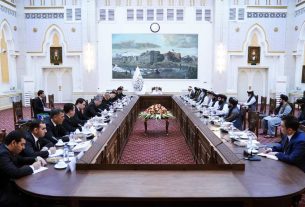 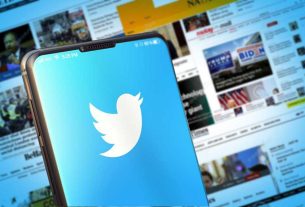