The International Union of Muslim Scholars (IUMS) has asked the Grand Mufti of Oman, Sheikh Ahmad Al-Khalili, to become its head.

In a short video posted by Qatari journalist Jaber Al Harmi on Twitter, Secretary-General of the Union, Sheikh Ali Qaradaghi, proposed the offer to Sheikh Al-Khalili.

Al-Khalili did not respond to the offer, but said he “fears being a burden on the Union.”

On 10 September 2022, the Union named Indonesian Sheikh Habib Salem Saqqaf Al-Jafri as its head until the end of the ongoing term.

This came following the resignation of Moroccan Sheikh Ahmad Al Raissouni following protests by Algerian sheikhs against his remarks over Algerian-Moroccan relations regarding the disputed Western Sahara region. 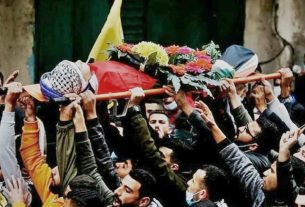