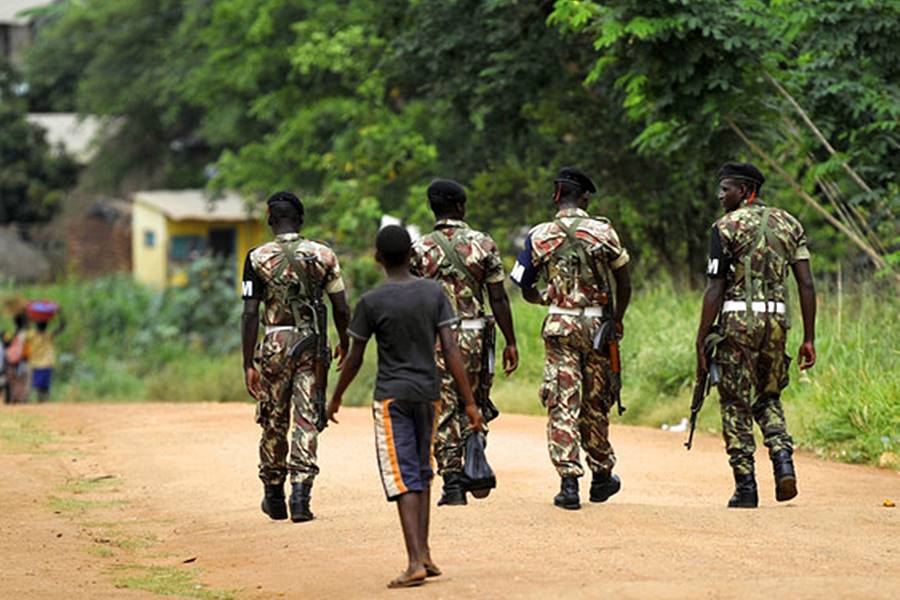 Sending more soldiers and weapons to northern Mozambique would only serve to exacerbate the problem.

The recent raid by supposedly ISIL-linked insurgents on the northern Mozambican city of Palma, which left dozens of civilians dead and displaced 30,000 others, has given rise to a narrative that Africa is now a hotbed for international terror groups and should be the next main front in the global “war on terror. Such sweeping framing, if uncritically embraced, could result in the further militarisation of the region. But militarisation would not resolve, and may even exacerbate, Mozambique’s insurgency problem.

North, East, and West Africa have been suffering from different forms of insurgency for more than a decade. Since the very beginning, international and regional bodies and Western and African governments have been trying to address the issue by increasing their military presence in these regions.

The United States, for example, has 29 bases in 15 different countries or territories across Africa, mostly in the restive Sahel and Horn of Africa regions. France has been leading its largest overseas military operation, Operation Barkhane, in the Sahel region since 2014. The 4,500-person anti-insurgency operation covering Burkina Faso, Chad, Mali, Mauritania, and Niger has an annual budget of more than $700m. Meanwhile, the African Union Mission in Somalia (AMISOM) has been supporting the Federal Government of Somalia’s forces in their battle against al-Shabab for more than a decade.

But this extensive military presence is yet to deliver a decisive victory against the continent’s myriad insurgent groups.

In northeast Nigeria, for example, the Nigerian security forces have long been conducting military operations against Boko Haram with external support. Still, the group continues to wreak havoc in the region to this day. Meanwhile, in East Africa, al-Shabab retains the capacity to conduct cross-country attacks despite AMISOM forces on the ground, American drones in the skies, and increasing Western military support to countries in the region.

From Somalia to Nigeria and Kenya, governments across the continent repeatedly failed to identify and address the underlying socioeconomic drivers of insurgency within their territories. Instead, they swiftly labelled all insurgent activity as “terrorism”, exaggerated loose links between local insurgents and international terror groups, and tried to contain these groups militarily. This approach not only proved ineffective but also resulted in egregious human rights violations by security agencies.

All this caused the existing trust deficit between communities affected by insurgency and the state authorities to grow further. Insurgent groups started using the human rights violations by security forces as a recruitment tool and expanded their influence further.

Until recently, Southern Africa did not have an active insurgency and had mostly been spared from the destructive militarisation witnessed in other parts of the continent. But the insurgency in northern Mozambique, which started in 2017, changed that.

The insurgency in northern Mozambique started mainly because of growing poverty and inequality in the region.

And gas is not the only valuable natural resource in the region. Rubies excavated in Cabo Delgado are also selling for millions of dollars. In 2014 alone, rubies from the Montepuez mine sold for $407m.

Amid all these riches, however, the local population of Cabo Delgado is living in poverty. A study conducted by the UN University World Institute for Development Economics Research in 2016 found that 90 percent of households in Mozambique’s northern provinces, including Cabo Delgado, were deprived, while less than 10 percent of households in southern provinces were considered deprived.

The wealth gap between the north and the south of the country only grew with the establishment of the large LNG projects in the region, as the profits from these projects benefitted international investors and the Mozambican elite rather than the local population.

The growing inequality led deprived young men from the region to join insurgent groups led by local hardline preachers purporting to fight for justice and equality. As these groups started attacking gas projects and security forces, the Mozambican state and private mining companies responded by increasing military presence in the region.

The initial attacks by insurgents were committed with crude weapons and were very small-scale. But as sophisticated weaponry started making its way to the region in the hands of security forces, this changed very quickly. Insurgents started raiding government facilities and stealing weapons, and they used these weapons to stage more sophisticated and larger-scale attacks. ISIL (ISIS), meanwhile, started claiming that it has strong ties to and control over insurgents in northern Mozambique to show strength as it lost ground in the Middle East.

The insurgents increased the frequency and scale of their violent attacks in 2020. According to the Armed Conflict Location & Event Data Project (ACLED), the group carried out more than 570 violent attacks since January 2020.

In response, in March 2021, the US state department labelled the insurgents, known as ISIS-Mozambique, Ansar al-Sunna or locally as al-Shabab in Mozambique, as a foreign terrorist organisation. It also imposed sanctions on the group’s leader, Abu Yasir Hassan.

A few weeks later, in late March, the insurgents raided the city of Palma, killing dozens, including several foreign nationals. This turned international media’s attention to the region and led to claims of a new ISIL resurgence in Africa, despite experts and analysts insisting that the links between Mozambican insurgents and the international terror group are at best “sketchy”.

In early April, the US Department of Defense announced its decision to send a dozen Army Green Berets to the region to train Mozambican marines. Portugal, which ruled Mozambique for nearly four centuries until its independence in 1975, also sent 60 special forces to train local troops.

Even before the latest attacks that turned the world’s attention to the region, several private military contractors were helping Mozambican authorities’ efforts to contain the insurgency.

Dyck Advisory Group, a private security company, led by retired Zimbabwean Colonel Lionel Dyck, has been active in northern Mozambique for over a year. The group entered the region after the private Russian military company, Wagner, which had deployed 2,000 men, withdrew after losing 10 of their men in late 2019.

Dyck Advisory is not the only private military contractor involved in Mozambique today. In February this year, South Africa’s Paramount, and its Dubai-based partner company Burnham Global, announced a multimillion-dollar contract with an African government, believed to be Mozambique, to provide a range of military training and advisory services.

Due to Washington’s designation of Ansar al-Sunna as a terrorist entity and the recent escalation in violence in the region, militarisation in Cabo Delgado is expected to increase exponentially in the coming months.

But as seen elsewhere in Africa and in the last four years in Mozambique, militarisation does not curb violence – it brings more abuse, resentment and consequently, more violence.

Rather than ensuring that the region’s vast natural resources are used to pull the local population out of poverty, the government chose to contain the insurgency militarily and turned a blind eye to human rights violations committed by its security forces and foreign partners in the process, providing a fertile recruitment ground for the insurgent group.

By swiftly labelling the insurgents as “terrorists”, the US also helped ensure further militarisation is the only way forward in the region. Indeed, such designations encourage states to opt for aggressive military measures and stop humanitarian groups from engaging with the insurgents, making a non-military solution to the issue even more evasive. The terrorist designation also further radicalises the insurgents, encouraging them to become more violent and seek support from more established international terror organisations.

In the end, the Mozambican government is unlikely to end the violent insurgency in Cabo Delgado through further militarisation. Defeating Ansar al-Sunna requires not more troops and weapons but dialogue and development. If the local authorities and their regional and international partners fail to see this, the region will see more violence, conflict, and death. 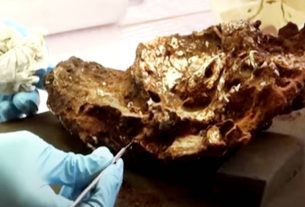 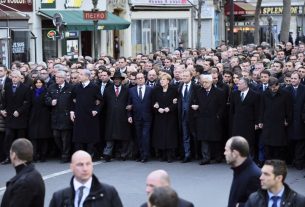