In a brief statement, the Pakistan Telecommunication Authority announced “complete access to social media platforms [Twitter, Facebook, WhatsApp, YouTube, and Telegram] may be blocked from 1100hrs to 1500 hrs [local time] on 16 April across the country.”

Many users from Pakistan complained that they could not normally access social media and were using it through proxy networks.

The step comes a day after Pakistan imposed a ban on the Tehreek-e-Labbaik Pakistan. PEMRA even blocked all TV channels from providing any coverage to the banned organisation.

The authorities have in the past suspended mobile phone and internet services in the areas where the party protesters had gathered in Islamabad and parts of Punjab. This is the first time a ban has been imposed on all social media sites across the country.

Pakistan had imposed a ban on YouTube for three years in the past.

The Ministry of Interior said in its notification that the government has reasonable grounds to believe that the TLP “engaged in terrorism, acted in a manner prejudicial to the peace and security of the country”. The group “intimidated the public, caused grievous bodily harm, hurt and death to the personnel of law enforcement agencies and innocent bystanders”, it said.

The party has been proscribed under section 11B (1) of the Anti-Terrorism Act, 1997. It empowers the government to ban an organisation involved in terrorism.

On Wednesday, Interior Minister Sheikh Rasheed announced that Pakistan has decided to ban the religious party. A summary of the order was approved by Prime Minister Imran Khan later in the day. According to it, the religious group damaged 30 vehicles of law enforcement agencies, while two police officers were killed in violent protests across Punjab.

Protests in major cities across Pakistan erupted on April 12 after TLP workers took to the streets. They were protesting against the arrest of their chief Saad Hussain Rizvi. Main roads in Karachi, Lahore, Islamabad, and other cities were blocked following his arrest, and people were stuck in traffic for hours.

Rizvi, in the letter, requested party members and workers to end their sit-in and go back to their homes in the interest of the country. He asked them to not take any illegal action, adding that he is not under duress. 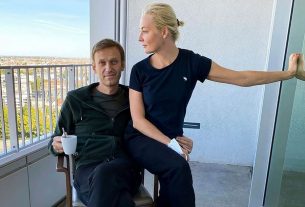 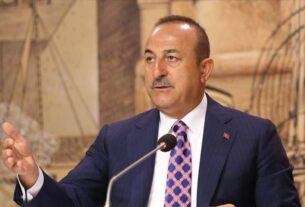