Armed conflicts and natural disasters have brought the number of internally displaced persons across the globe to record 55 million in late 2020, the Internal Displacement Monitoring Centre (IDMC), a part of the humanitarian watchdog Norwegian Refugee Council, said on Thursday.

“The total number of people living in internal displacement reached a record 55 million by the end of 2020. During a year marked by intense storms and persistent conflict, 40.5 million new displacements were triggered across the world by disasters and violence, the highest annual figure recorded in a decade,” the IDMC said in a statement.

The watchdog drew attention to the escalating violence in Ethiopia, Mozambique and Burkina Faso, along with long-running conflicts like those in the Democratic Republic of the Congo, Syria and Afghanistan as significant drivers of the last year’s spike. At the same time, major natural disasters such as intense cyclone season e Americas, South Asia and East Asia and the Pacific, as well as prolonged rain seasons in the middle East and sub-Saharan Africa, also made millions of people to leave their homes.

“It’s shocking that someone was forced to flee their home inside their own country every single second last year. We are failing to protect the world’s most vulnerable people from conflict and disasters,” Jan Egeland, the secretary general of the Norwegian Refugee Council, said, as quoted in the statement.

IDMC Director Alexandra Bilak highlighted the fact that those figures were reached amid the COVID-19 pandemic, which made it harder to gather data due to movement restrictions and people avoiding emergency shelters out of fear of catching the disease.

According to the UN Refugee Agency’s data, there are currently about 80 million forcibly displaced people worldwide. 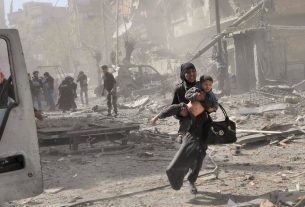 Syria: UN issued a warning 3M people at risk due to regime attacks 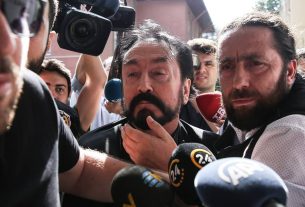