Repression and fear are preventing Saudi Arabia’s traditional power brokers from trying to unseat Crown Prince Mohammad Bin Salman, claims an article in the Economist. Religious scholars, princes from the ruling House of Saud and ordinary Saudis are said to be seething at reforms introduced by the prince, and they would, it is claimed, like nothing better than to overthrow or even assassinate the 36-year-old de facto leader of the Kingdom.

The traditional religious scholars are referred to in the article as “Salafists” and have much to gripe about. Bin Salman is said to have broken an alliance between them and the House of Saud dating back three centuries. Through his imposition of sermons, curtailment of the power of the religious police and arrests of popular preachers, the prince is said to have undermined what has been a key pillar of the Saudi state.

Many royals are said to be equally upset. Their power to petition the king for access to money from the Saudi coffers has been diminished. Pointing to the 2017 shakedown when Bin Salman locked wealthy Saudi princes in the Ritz Carlton Hotel in Riyadh, the anonymous author in the Economist argues that it has become harder for royals to grab commissions on government contracts. In general, they say, Bin Salman has turned a somewhat consensual system of politics into one-man rule.

Meanwhile, ordinary Saudi citizens are angry at the pace of change within the Kingdom. In the old days, “If I reported my daughter for leaving at night without my permission, they’d return her in handcuffs,” one former soldier is reported as saying. “Now if you try to stop her, she complains to the police and they detain you.”

Rather than replacing religious fanaticism with moderation, some Saudis believe that the prince is jettisoning religion altogether. “Like Europe, he’s throwing God out with the church,” claims a Sufi mystic in Medina.

A government-endorsed rave last month brought together 700,000 young Saudis to dance for four days. “This kingdom is preventing virtue and promoting vice,” says a teacher in Medina’s quiet city centre.

There is also growing discontent within the business community, which feels squeezed out of opportunities by Bin Salman. They complain that he is using the Kingdom’s vast sovereign wealth fund and other royal entities to crowd out the private sector. To make matters worse for the business sector, subsidies have gone down, while taxes, fees and fines have risen.

The article predicts that it could end in tears for the prince. Some believe that the religious class will not remain silent for ever; many are wondering if Saudi Arabia is headed for a 1979 Iran-style revolution led by the mullahs whose counterparts occupied a similar place in Iranian society. If such discontent grows, even assassination is a possibility. A former senior official invoked the memory of King Faisal, who was assassinated by his nephew in 1975. “Prince Mohammad knows what the family can do,” he said.

In conclusion, the article said that such radical and tragic outcomes are unlikely at the moment only because Crown Prince Mohammad has been highly effective in his repression of dissent. 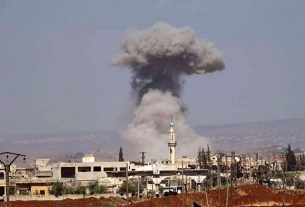 SYRIA OPPOSITION IN DARAA CALLS ON TURKEY TO ACT AS GUARANTOR, AS REGIME ASSAULT CONTINUES 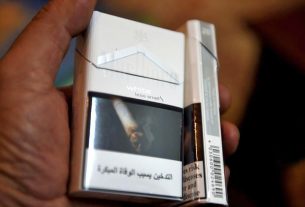 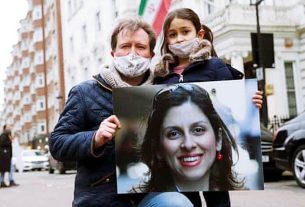