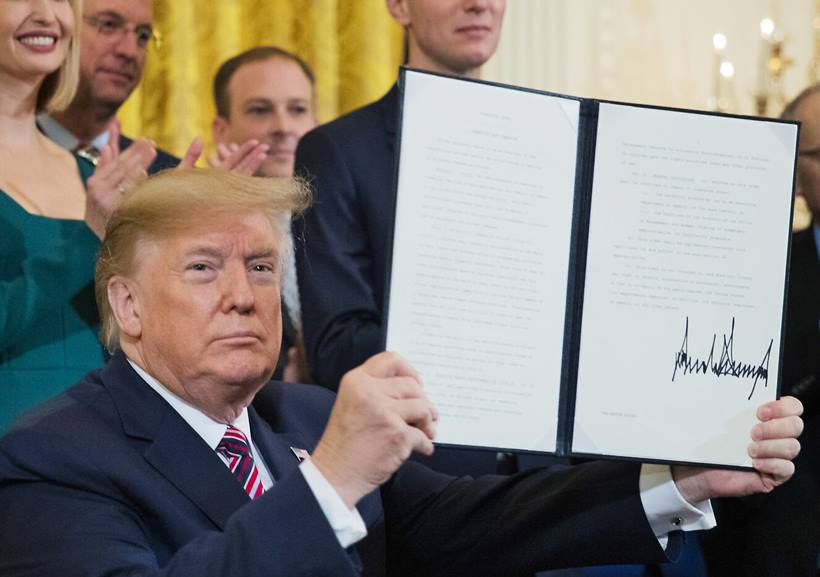 During a Hanukkah reception held at the White House and attended by prominent Jewish leaders, Trump signed the order, which effectively redefines Judaism as a race or nationality. The move, according to the Trump administration, is aimed at combating the rise of anti-Semitism in the US.

“The vile, hate-filled poison of anti-Semitism must be condemned and confronted everywhere and anywhere it appears,” Trump said in a statement.

The order directs federal agencies to consider the International Holocaust Remembrance Alliance’s (IHRA) definition of anti-Semitism when evaluating complaints of discrimination under Title VI of the 1964 Civil Rights Act, which prohibits discrimination “on the ground of race, colour or national origin” but not religion.

The IHRA’s definition has been criticised by some rights groups as being overly broad. It defines anti-Semitism as “a certain perception of Jews, which may be expressed as hatred toward Jews.” It also says manifestations of anti-Semitism “might include the targeting of the state of Israel, conceived as a Jewish collectivity” but “criticism of Israel similar to that levelled against any other country cannot be regarded as anti-Semitic”.

Observers say the order will mainly target the Boycott, Divestment and Sanctions (BDS) movement, which criticises Israeli policies against Palestinians in the occupied West Bank and Gaza Strip. The movement has gained significant popularity in recent years on many campuses across the country.

BDS has been criticised in the Congress by prominent Republicans and Democrats, and many states have passed bipartisan anti-BDS measures in the form of requiring state contractors to sign pledges not to support it. But several of those laws have been struck down in federal courts as a violation of the First Amendment on free speech.

The president’s order is reportedly intended to implement the Anti-Semitism Awareness Act, a long-stalled bill in Congress – through executive action.

Critics argue Trump’s expected move is a threat to free speech, a right that is protected by the US constitution and is intended to silence legitimate criticism of Israeli policies.

“This executive order is a clear instrument of oppression, targeting activism for freedom, justice and equality for the Palestinian people on campuses and it is just disguised as anti-discrimination policy,” said Yousef Munayyer, the executive director of the US Campaign for Palestinian Rights.

“It’s a shameless exploitation of legitimate fears that people have around a real resurgence of anti-Semitism, Islamophobia and other forms of racism that this president himself has fueled,” Munayyer told Al Jazeera.

The Anti-Defamation League (ADL) said it recorded 201 anti-Semitic incidents at colleges and universities in 2018, slightly down from 204 in the previous year.

A report by the Tel Aviv University released in May found that attacks targeting Jews around the world rose by 13 percent in 2018, to nearly 400 cases. About one in four attacks took place in the US.

Raphael Eissa, a member of the Steering Committee of the National Students for Justice in Palestine (SJP) group, said the move is not surprising.

“It is scapegoating Jews, especially in this political moment, he is weaponising Jewish identity for two purposes: to censor student criticism of Israel and Zionism, and to use the Jewish community and the anti- Semitism they suffer from as a buffer of some sort,” Eissa told Al Jazeera.

“This poses a threat to basic free speech and academic freedom but this will undoubtedly be challenged by the courts,” Eissa added.

The executive order has also drawn criticism from people who worry that such a characterisation of Judaism as a race or nationality, is in itself anti-Semitic.

“What’s so dangerous about this measure is defining Jews as a nationality suggests that Jews are somehow not American,” said Emily Mayer, founder and political director of the liberal Jewish group IfNotNow.

“Jews have seen in so many other countries what happens when people are defined as other to the national origin,” Mayer told Al Jazeera. “There’s so much data and historical evidence to suggest that this is a really scary move.”

Jonathan Greenblatt, the CEO of the ADL, tweeted his support of the executive order.

“The draft EO that I saw does not differ from actions taken by previous [Democratic] & [Republican] administrations to protect Jews and other religious groups from #hate and discrimination. These are all important steps forward,” he said prior to Trump signing the order.

Trump, a Republican, has positioned himself as a staunch supporter of Israel and made several significant policy changes concerning Israel: he moved the US Embassy to Jerusalem, supported settlements in the occupied West Bank and recognised Israeli sovereignty over the Golan Heights.

But since taking office, he has also been accused of making several anti-Semitic remarks and emboldening white supremacists in the country.

In a speech in Florida before the Israeli American Council on Saturday, Trump implied that avoiding a Democratic wealth tax was such an important issue to Jewish people that they would vote for him, even if they did not like him.

“You’re not going to vote for the wealth tax, even if you don’t like me, some of you don’t … you’re going to be my biggest supporters because you’ll be out of business in about 15 minutes,” Trump said.

“You’re brutal killers, not nice people at all, but you have to vote for me. You have no choice,” he also said.

The comments drew a slew of denouncements by Jewish groups.

J Street, a Jewish liberal advocacy group, said the executive order was an attempt by the Trump administration to defend against accusations of anti-Semitism.

“It is particularly outrageous and absurd for President Trump to pretend to care about anti-Semitism during the same week in which he once again publicly spouted anti-Semitic tropes about Jews and money,” J Street said in a statement on Wednesday.

“The same right-wing groups who turn a blind eye to the president’s hateful rhetoric have promoted this executive order as part of a cynical push to turn the issue of anti-Semitism into a partisan political weapon, instead of seriously combating it in all its forms,” it added. 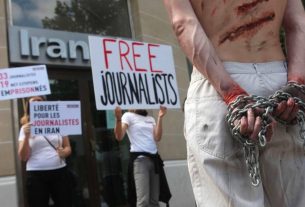 Iran and Saudi Arabia among ‘most censored’ countries in the world, journalism watchdog 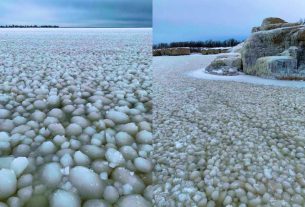 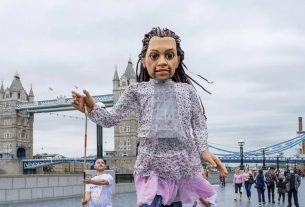