Ronaldo’s signing for Al Nassr could have a significant effect on Saudi football and the kingdom’s wider vision.

Saudi Arabia made headlines in November by beating Argentina at the 2022 World Cup – the only team to defeat the eventual winners in Qatar – but there was still time in 2022 for a bigger surprise.

On the penultimate day of the year, Saudi Professional League (SPL) club Al Nassr announced on social media that they had signed Cristiano Ronaldo on a two-and-a-half-year contract, reportedly worth more than $200m a year.

It is a deal that could have a significant effect on and off the pitch for the club, the country and the wider footballing world.

There had been rumours going back months of Al Nassr’s interest in the Portuguese superstar – who has won five Ballon d’Ors, the annual prize given to the best player in the world, and the same number of UEFA Champions Leagues – but they were largely dismissed.

However, a move became possible after Ronaldo became a free agent in December when he left Manchester United, who had been angered by an explosive television interview he gave criticising the club’s coach and owners.

Still, few expected one of the best players in the game’s history to actually sign for a Saudi club.

But James Dorsey, a senior fellow at the National University of Singapore’s Middle East Institute, told Al Jazeera that Saudi football should not be underestimated.

“Saudi Arabia is a Middle Eastern football powerhouse and has made it out of the group stage at past World Cups,” Dorsey said. “They have more and more good foreign players and now they have Ronaldo.”

The 37-year-old’s SPL debut is set to come against Ettifaq on Sunday, game 14 of a 30-game season. Al Nassr, who last won in 2019, are currently top of the league with a talented squad.

Brazilian attacker Anderson Talisca is the top scorer in the SPL this season, while 2018 South American Player of the Year, Pity Martinez, pulls the creative strings.

In goal is former Arsenal and Napoli number one David Ospina, and the Colombian international has highly-rated Ivory Coast fullback Ghislain Konan and former Bayern Munich defensive midfielder Luiz Gustavo in front of him.

The domestic contingent is not bad either with six members of the Saudi Arabian World Cup squad at the club. Coach Rudi Garcia has managed big European clubs Marseille, Roma and Lyon and also took little Lille to the 2011 French title.

It is a lineup that few elsewhere in Asia could match, but now Al Nassr have moved to the next level and their fans are thrilled.

“It is amazing to have Cristiano and now my friends who support other clubs or even have no interest in football are asking me for tickets as this is not just about Al Nassr but the whole of Saudi Arabian football,” Al Nassr fan Ahmed al-Issa told Al Jazeera.

“With him, we will become champions again and we will become the best team in Asia. Everyone is excited and I can’t wait for the first game and to see him play in the yellow shirt and score.”

Ayman al-Hatami, a fan of Al Hilal – the most successful club in Asia – is less excited at the prospect of Ronaldo banging in goals for the Riyadh neighbours and bitter rivals, and believes Al Hilal are still far ahead in terms of talent and mentality for Al Nassr to surpass.

“Ronaldo will certainly succeed as a player, but I do not think he will succeed in achieving a major championship,” he told Al Jazeera.

At present Al Nassr have nine Saudi Arabian titles but have yet to win an Asian continental competition, compared with 18 and four respectively for Al Hilal.

Al Nassr, however, may now have a bigger international profile than Al Hilal, even before their new star has kicked a ball. With fans having to wait more than three weeks between his signing and debut, the first evidence of the “Ronaldo effect” has been very much off the pitch.

On December 29, Al Nassr had about 850,000 followers on Instagram. After signing a man with more than 536 million followers on the social media platform, more than anyone else on the planet, Al Nassr’s following has shot up to almost 12 million at the time of writing – dwarfing Al Hilal’s 3.7 million.

“Outside of Asia, I don’t think anyone had heard of Al Nassr but now in Europe and South America, everyone has.”

The move could also trigger a flurry of big-name signings in the SPL.

Since Ronaldo has arrived, there have been rumours and reports of other big-name foreign players coming to the country, such as Zlatan Ibrahimovic of AC Milan and Chelsea’s N’Golo Kante.

“Once you attract the biggest names then there will be a knock-on effect,” Kumar added. “It’s not just Al Hilal and Al Nassr but other clubs and there will be other players becoming more open to the idea.”

The biggest rumour so far is Lionel Messi being linked to Al Hilal. Ironically, Ronaldo’s first game in Saudi Arabia since the transfer will come against his great rival.

The Argentinian will line up for Paris Saint-Germain in an exhibition game against a combined Al Hilal and Al Nassr team on Thursday in Riyadh. A few weeks ago, the idea of Messi playing for a Saudi Arabian club would have been dismissed but Ronaldo’s presence makes anything possible.

The same could also be said of helping Saudi Arabia bring the World Cup back to the region after Qatar hosted the tournament in 2022. Saudi Arabia has ambitions to become a significant player on the sporting stage.

“The signing is an indication that Saudi Arabia is serious,” Dorsey said. “[Crown Prince] Mohammed bin Salman wants the country to be the focal point of the region.”

Dorsey dismissed the importance of a recent statement from Al Nassr denying that there is a clause in the contract requiring Ronaldo to work on behalf of any bid for the 2030 tournament.

“Just because it is not in the contract doesn’t mean it has not been discussed and assuming that the two and a half years go well, I would think that he would become Saudi Arabia’s [David] Beckham,” referring to Qatar using the English icon as an ambassador for the 2022 World Cup.

Perhaps Messi, and others, will watch to see how Ronaldo settles off the pitch as much as on it. The star is expected to live with his girlfriend Georgina Rodriguez. According to Saudi law, unmarried couples are not allowed to cohabit but there have been reports of a softening approach for foreigners.

Football can not only help soften Saudi Arabia’s image abroad amid criticism of the country’s human rights record, but it can also help bring about social change at home. Ronaldo said he aimed to promote the development of youth and women’s football in Saudi Arabia.

And football is considered to be a key component of Saudi Arabia’s Vision 2030, as the country tries to diversify its economy and reduce its dependence on oil.

“They have a higher agenda. It looks like a nation-building agenda rather than football-building,” said Kumar. “Such a high-profile player brings all the world’s attention on you and you can show that Saudi Arabia is becoming more progressive.

“This way, they don’t have to announce it openly but can do so softly. If you want to attract investment, talent and tourism then there could not be a better vehicle than Ronaldo.” 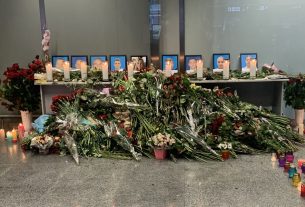 ‘HUMAN ERROR’: INSIDE IRAN’S REPORT ON DOWNING OF UKRAINE PLANE 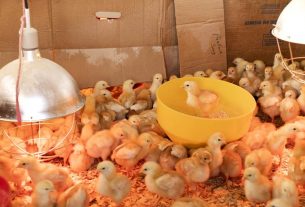 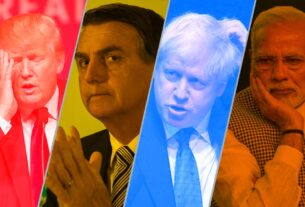 SELF-ABSORBED, UNCARING, INCOMPETENT: COVID HAS EXPOSED POPULIST LEADERS FOR WHAT THEY ARE