Brittney Griner, a prominent player for the American basketball team, was found guilty of drug possession and smuggling by a Russian judge on Thursday and given a nine-year jail sentence.

The time Griner has spent in detention since her arrest in February, according to Judge Anna Sotnikova, will be applied to her sentence.

Griner’s response to the sentence with little emotion. She had a blank expression on her face as she listened to the verdict from the defendant’s cage.

The court declared that the 31-year-old Griner brought drugs into Russia unlawfully while summarizing the evidence and outlining her conclusions on Thursday.

Before the extremely swift decision was made public, Griner submitted one last request to the judge. She said that when she traveled to Moscow in February to play basketball in the city of Yekaterinburg, she had no intention of breaking the law by bringing vape cartridges containing cannabis oil into the country.

In a statement following the verdict, U.S. President Joe Biden referred to Griner as having been “wrongfully detained,” a designation that Russian officials have bristled at.

“Today, American citizen Brittney Griner received a prison sentence that is one more reminder of what the world already knew: Russia is wrongfully detaining Brittney. It’s unacceptable, and I call on Russia to release her immediately so she can be with her wife, loved ones, friends, and teammates,” Biden said. 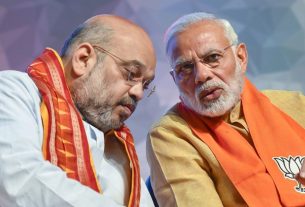