Brazilian President Jair Bolsonaro, who has refused to take any vaccine, has said that he did not think the world’s rush for a vaccine was justified because the pandemic is in his view coming to an end.

New cases have not indicated the pandemic is ending. In recent days, several countries including Brazil have reported record numbers of daily cases.

“The pandemic is really reaching its end, the numbers have showed this, we are dealing with small rises now,” said Bolsonaro.

“But the rush for the vaccine is not justified because you are playing with people’s lives.”

US health officials said they have seen six cases of severe allergic reaction out of more than a quarter million shots given.

CDC said more than 272,000 shots of the Pfizer vaccine were given nationwide as of Saturday morning.

The half-dozen cases of allergic reaction were reported as of Friday night, and included one person with a history of vaccination reactions.

Health officials are keeping close watch for such side effects.

The Dutch government has banned all passenger flights from Britain until January 1 after finding a case in the Netherlands of a new coronavirus strain that has been circulating in the UK.

Millions of people must cancel their Christmas get-togethers and most shops have to close in London and much of southern England.

Johnson said the capital and large areas in southern England already placed under the highest level of the UK government’s three-tiered alert system will move into a new Tier 4 that requires all non-essential shops, hairdressers and indoor leisure venues to close after the end of business hours Saturday.

The Covax vaccine set to be delivered to South Africa by the first half of 2021, will only be enough to cover 3% of the population, the City Press reports.

Deputy director-general of health Dr Anban Pillay said in a webinar, that each of the 190 countries set to receive the vaccine will only receive enough to cover 3% of their populations by this period.

This falls some way short of president Cyril Ramaphosa’s original expectation of 10% national vaccination against the coronavirus by July 2021.

According to the report, frontline workers in the public and private sectors will be first in line to receive the vaccine when it becomes available.

While countries are able to order doses directly from vaccine developers, South Africa has lagged behind.

Pharmaceutical firms must be “very transparent” about the risks and benefits of vaccines in efforts to end the coronavirus pandemic, the head of Asia’s largest drugmaker said.

Takeda, one of the world’s biggest pharmaceutical companies, is not developing its own vaccine but has contracts with several firms to distribute their jabs in Japan and is also testing a virus treatment.

“We have to manage the situation well, be very transparent and extremely educative in the way we introduce products,” chief executive Christophe Weber said.

“Medicines or vaccines are never perfect…there are always some side effects,” said Weber.

But he is optimistic the industry can explain the risks and benefits properly.

He sees a chance that the inoculation could help push back the growing tide of uncertainty and outright opposition to vaccination worldwide.

Takeda inked a deal with the Japanese government and US firm Moderna Therapeutics in October to import and distribute 50 million doses of its vaccine in Japan from the first part of 2021.

Israeli Prime Minister Benjamin Netanyahu has been vaccinated against the coronavirus on live television, becoming the first Israeli and one of the world’s leaders to be inoculated.

Israel is set to begin vaccinating its health workers and nursing home residents beginning on Sunday.

Netanyahu said he wanted to be the country’s first recipient to set a personal example and to encourage Israelis to get the shot.

US Vice President Mike Pence was vaccinated Friday in a similar attempt to boost public confidence in Covid-19 vaccines.

“I believe in this vaccine,” he said before receiving the injection of the Pfizer/BioNTech vaccine at the Sheba Medical Center near Tel Aviv.

Israel has reported more than 366,000 confirmed cases and more than 3,000 virus-related deaths since the start of the pandemic.

The country currently is recording nearly 3,000 new cases a day, and officials have begun debating the possibility of a third nationwide lockdown to bring the outbreak under control.

Sydney’s outbreak has grown to around 70, forcing authorities to introduce stricter social distancing rules across the city, and more states to close borders or impose quarantine measures on its residents.

The neighbouring state of Victoria will close its border to Sydney from midnight Sunday.

South Australia state introduced a 14-day quarantine for all Sydney arrivals on Sunday and banned travellers from the affected suburbs. 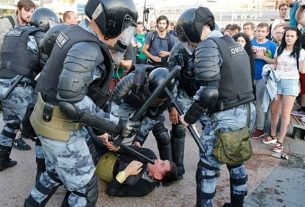 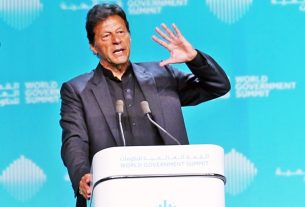