There is not enough data to suggest whether vaccines prevent transmission of the coronavirus and whether the use of vaccine passports would be an effective strategy, a World Health Organization (WHO) official said on Tuesday.

In a UN news briefing, WHO spokeswoman Margaret Harris said not everyone has access to vaccines in many countries.

Harris cited pregnant women or children under 18 or large numbers of people who are immunosuppressed.

“And then of course there’s the lack of access to vaccines in many countries,” she said, adding: “We are still waiting on adequate supplies to provide the vaccines to all the countries that need them.”

Harris said that the equity issue is very important.

“And ultimately, of course, when we know more about whether or not it prevents transmission and when there’s greater equity, this is something that may well be important in the future,” she added.

As of April 5, the WHO said, more than 604 million vaccine doses have been administered, but overwhelmingly in developed countries.

The COVAX facility aimed at speeding up vaccines to nations in need has delivered 35 million doses to more than 78 countries.

What are the arguments favoring a vaccine passport?

Advocates say there are a few reasons. They could:

The problem, though, is that these reasons aren’t perfectly in line. So, which will be the priority? That’s something we’ll have to decide.

What are the arguments against a vaccine passport?

There are a few critical ones here, as well. 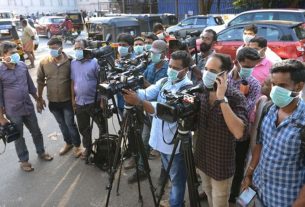