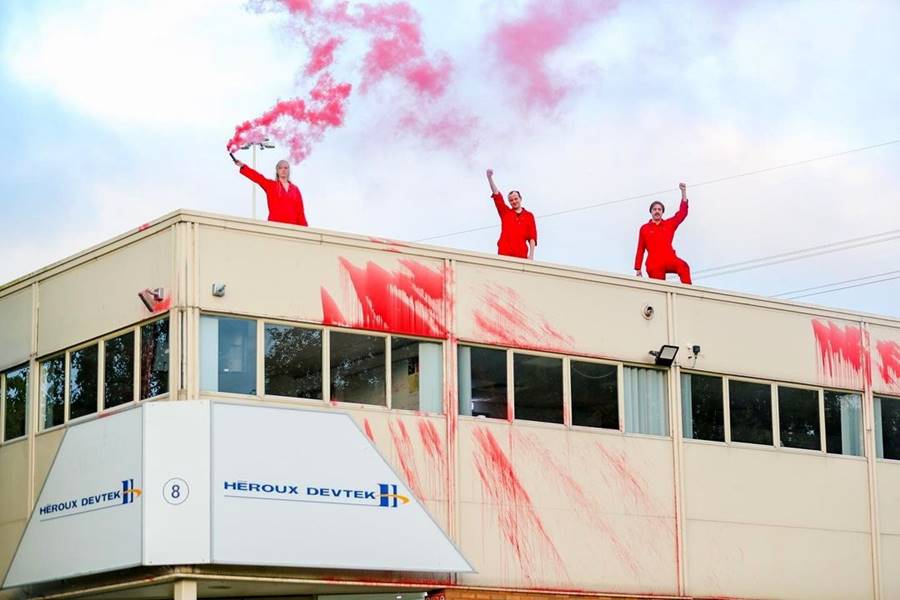 Members of the UK’s Palestine Action movement have taken over a Canadian-owned aerospace factory in England’s county of Cheshire, which manufactures military technology for Israel’s arms company Elbit’s Systems.

“Palestine Action have taken control of the Runcorn factory of APPH, a supplier of Elbit’s drone technology,” Huda Ammori, co-founder of the movement said.

According to Ammori, APPH, which is owned by the Canadian firm Héroux-Devtek, manufactures landing gear for Elbit’s drones, which in turn are used to bombard and surveil Palestinian civilians before being sold in the global market as “battle-tested” weapons.

Video footage posted on social media showed several activists on the roof of the building located in the industrial town of Runcorn, while others who broke into the factory have destroyed property including floodlights, ventilators, windows and cameras, and sprayed blood-red paint across premises.

Palestine Action has been targeting Elbit’s factories in the UK for the last nine months to demand their closure, claiming that the parts and weaponry they produce are being tested and used against the Palestinian people in Gaza and other territories occupied by Israel.

The group, which on Wednesday targeted the office of the London headquarters of the real estate firm LaSalle for being Elbit’s landlord, announced in a statement that its campaign to shut down the Israeli arms company will continue to escalate and expand in scope, reaching all those “complicit in, and profiting from” Elbit’s arms and technology.

“Palestine Action will be targeting all firms which have dirtied their hands by partaking in Elbit’s business of bloodshed. Israel’s war crimes, and Elbit’s production of drones to facilitate these, rely on thousands of complicit suppliers, landlords, shippers, financiers, and more for their effective operations,” it said.

According to Runcorn local media, police are at the scene but no arrests have been made so far. 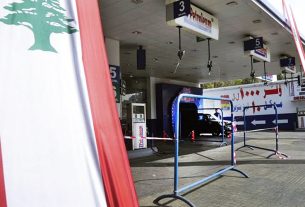 PETROL PUMPS SHUT DOWN IN PROTEST-HIT LEBANON OVER DOLLAR SHORTAGE 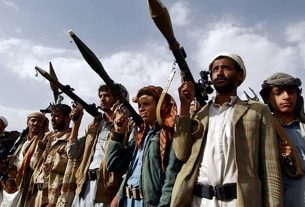 US TO DESIGNATE IRAN-BACKED HOUTHIS AS TERRORIST ORGANIZATION 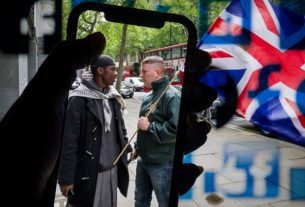