Social media users worldwide, especially those with origin in Palestine, have criticised social media apps for censoring content about attacks on residents and activists by Israeli forces and settlers in the occupied East Jerusalem neighbourhood of Sheikh Jarrah.

Facebook, Instagram and Twitter have reportedly censored, as well as deleted posts and hashtags related to the recent tensions in occupied Jerusalem, Anadolu Agency (AA) reported.

It also retweeted a post that said Instagram has limited posts with hashtag #Jerusalem in English and Arabic.

Sada Social, a Palestinian digital rights organisation, condemned Twitter’s administration for shutting down dozens of activists’ accounts. “Sada Social considers the closure of these accounts as a punishment for activists and collusion between the Twitter administration and the Israeli security services, in order to reduce interaction with the Sheikh Jarrah cause,” a statement said.

“Posts from your account have recently been removed for going against our Community Guidelines,” the Instagram pop-up says.

Social media users from the ground and around the world have uploaded and shared video content and images about the attacks, using the hashtag in both English and Arabic #SaveSheikhJarrah.

Dr. Yara Hawari, Palestinian academic, writer & senior policy analyst for Alshabaka, tweeted, “Instagram is deleting Palestinian activists’ stories on the ethnic cleansing happening in Sheikh Jarrah. This is not a conspiracy, this is not a fluke. Social media companies have been & will always be antithetical to revolution & resistance. #SaveSheikhJarrah”

Palestinians in Jerusalem have protested in solidarity with the residents of Sheikh Jarrah in recent days that has led to clashes with Israeli police.

Protests came as the Israeli Central Court in East Jerusalem approved a decision to evict seven Palestinian families from their homes in favour of Israeli settlers at the beginning of 2021.

Late Friday, the number of Palestinian injured rose to 205 in Israeli attacks at Al-Aqsa Mosque, Damascus Gate of the Old City, and the Sheikh Jarrah neighbourhood in East Jerusalem. 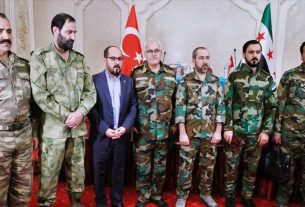