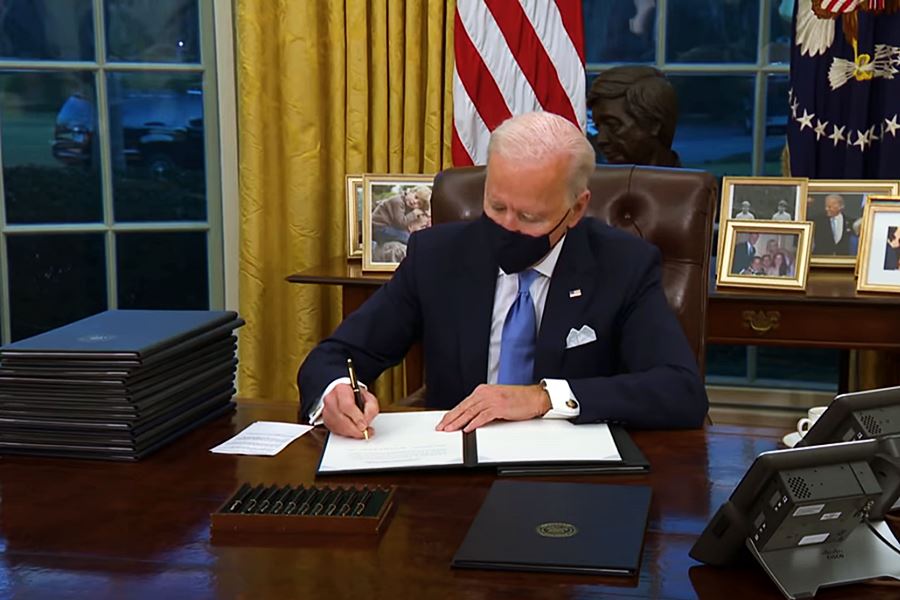 The US officially rejoined the Paris Climate Accord, the State Department announced Friday, saying climate change and science can “never” again be “add-ons” in Washington’s foreign policy.

Scientists and foreign diplomats have welcomed the US return to the treaty, which became official  30 days after President Joe Biden ordered the move on his first day in office.

Biden has promised to chart a path toward net-zero US emissions by 2050. Scientists have said that goal is in line with what is needed, while also stressing that global emissions need to drop by half by 2030 to prevent the most devastating impacts of global warming.

President Joe Biden signed an executive order to rejoin the agreement during his first day in office, Jan. 20. The landmark agreement aimed at rolling back carbon emissions that former President Donald Trump chose to unilaterally exit from in a process that was finalized on Nov. 4. The accord seeks to limit global warming and achieve a carbon-neutral world by 2050.

“The Paris Agreement is an unprecedented framework for global action,” Secretary of State Antony Blinken said in a statement. “We know because we helped design it and make it a reality. Its purpose is both simple and expansive: to help us all avoid catastrophic planetary warming and to build resilience around the world to the impacts from climate change we already see.”

“You have seen and will continue to see us weaving climate change into our most important bilateral and multilateral conversations at all levels. In these conversations, we’re asking other leaders: how can we do more together?” Blinken continued.

Noting that listening to scientists is at the center of Washington’s domestic and foreign policy priorities, Blinken said: “Climate change and science diplomacy can never again be ‘add-ons’ in our foreign policy discussions.”

Biden also has also signed more than a dozen executive orders related to climate change, and has mobilised every federal agency to help shape the government’s response.

Despite the excitement over the US return to global negotiations, climate negotiators say the path forward will not be easy. Biden’s climate goals face political challenges in the United States, opposition from fossil fuel companies and some concern among foreign leaders about U.S. flip-flopping on climate policy. US CONGRESS OFFICIALLY CERTIFIED BIDEN AS NEXT US PRESIDENT